Security Service of Ukraine exposed accomplices of the Russian armed forces: they helped them destroy shipbuilding 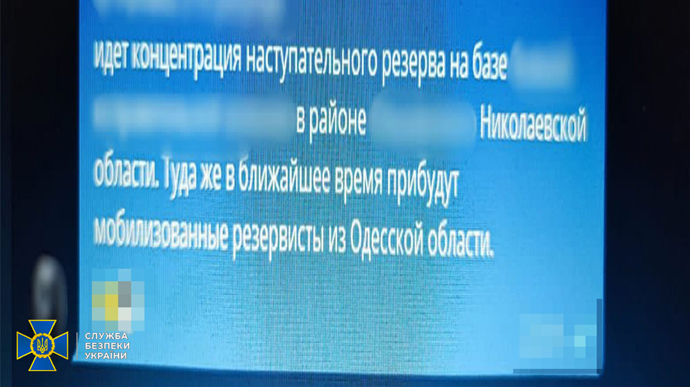 Employees of the Security Service of Ukraine caught two Ukrainians who had been helping the Russian occupiers in Mykolaiv Oblast, notably by passing on information about important infrastructure facilities, fuel depots, and the location of units of the Armed Forces of Ukraine.

Quote from the Security Service of Ukraine: “On the instructions of the Russian special services, these accomplices carried out reconnaissance and diversionary activities: they collected and passed on to the enemy intelligence on important infrastructure facilities, fuel depots, the deployment and movement of Ukrainian Armed Forces personnel and equipment.

The occupiers used the data thus obtained to launch targeted missile strikes and massive artillery fire, including at positions held by Ukrainian defenders.”

Details: As a result of the informants’ actions, several shipbuilding infrastructure facilities in Mykolaiv were destroyed and damaged, including the Ekvator, Krystal and Okean factories. Warehouses of fuel and lubricants and social infrastructure were also hit.

Pro-Russian artillery observers had been recruited by the FSB at the beginning of Russia’s large-scale invasion of Ukraine. They monitored objects of interest to the Russians and sent the results to their handler through closed electronic communication channels. The observers in question involved their acquaintances in the performance of some tasks.

During the searches carried out at the places of residence of the Ukrainians working as agents for Russia, equipment for the transmission of intelligence was discovered and seized. 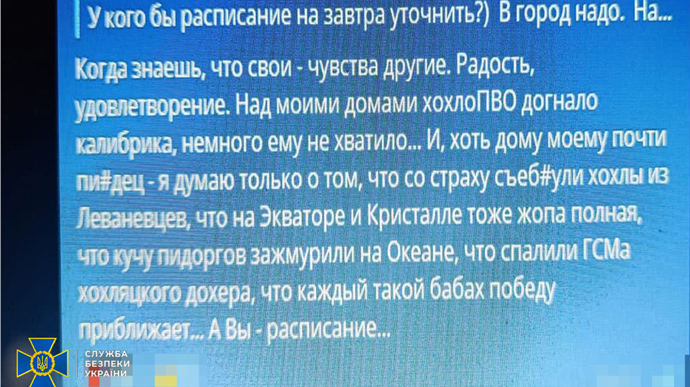 The perpetrators have now been notified of the suspicions against them under Part 3 of Art. 114-2 (unauthorised dissemination of information about the movement and location of the Armed Forces of Ukraine) and have been placed in preventive detention.

The occupiers’ accomplices face prison terms of 8 to 12 years.

Investigative and operational actions are ongoing to identify other persons involved in the activities of the above-mentioned agent network.