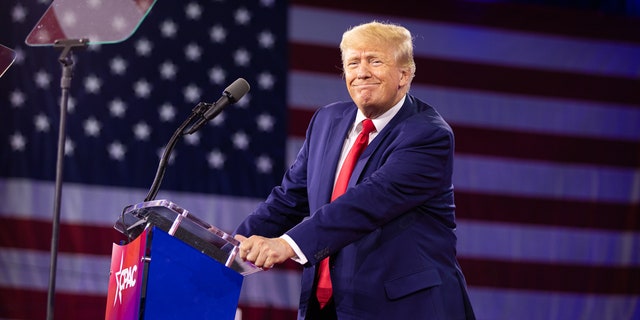 Trump said that Manchin and Democratic Sen. Kyrsten Sinema of Arizona, who are both up for reelection in 2024, would pay a heavy political price for agreeing to back the deal after previously withholding their support.

“What the happened to Manchin and Sinema, what the hell happened, where did this new philosophy come from,” Trump said during an address at the Conservative Political Action Conference (CPAC) in Texas. “I think if this deal passes, they will both lose their next election, I do believe that, West Virginia and Arizona will not stand for what they did to them.”

The former president’s remarks came as the Senate was debating the massive spending measure. Written by the Democrats, the legislation raises taxes by $739 billion over the next decade.

Most of the money, nearly $440 billion, is slated to go towards climate change subsidies in hopes of reducing greenhouse gas emissions 40% by 2030.

Given widespread GOP opposition, Manchin and Sinema’s support for the bill is key because Democrats plan to push it through the 50-50 Senate using a party-line process known as budget reconciliation.

“Maybe this speech can stop them, because when Manchin hears me say he’s going to lose West Virginia,” said Trump. “I’ll go down [there] and campaign against him as hard as anybody can.”

Democrats have pitched Manchin-Schumer bill as a salve for inflation. They argue it will lower electricity bills through new climate change subsidies and cap the amount of money that elderly Americans pay out of pocket for some life-saving prescription drugs.

“It’s a bill for America,” said Manchin after agreeing to the deal. “We have an opportunity to lower drug costs for seniors, lower [Obamacare] health care premiums, increase our energy security, and invest in energy technologies — all while reducing our national debt.”