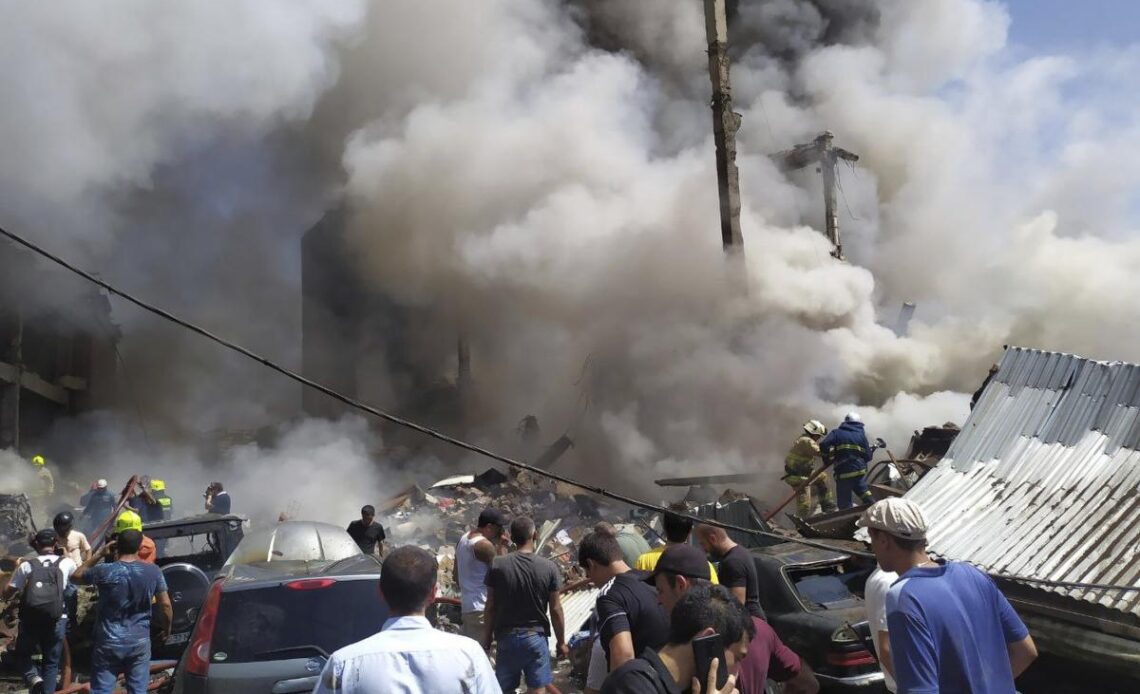 YEREVAN, Armenia (AP) — A strong explosion at a fireworks storage area tore through a market in Armenia’s capital on Sunday, killing at least one person, injuring 20 others and setting off a large fire.

The city mayor’s office said there were an unknown number of people trapped under rubble. The blast and fire at the Surmalu market sent a towering cloud of smoke over Yerevan.

The market is about two kilometers (over a mile) south of the city’s center. Rescue workers were laboring to pull people out of the rubble, said Levon Sardaryan, a spokesman for the Yerevan mayor. The explosion was in an area where fireworks were stored, he said.

The Armenian emergency service ministry said at least one person was killed and 20 others were injured.