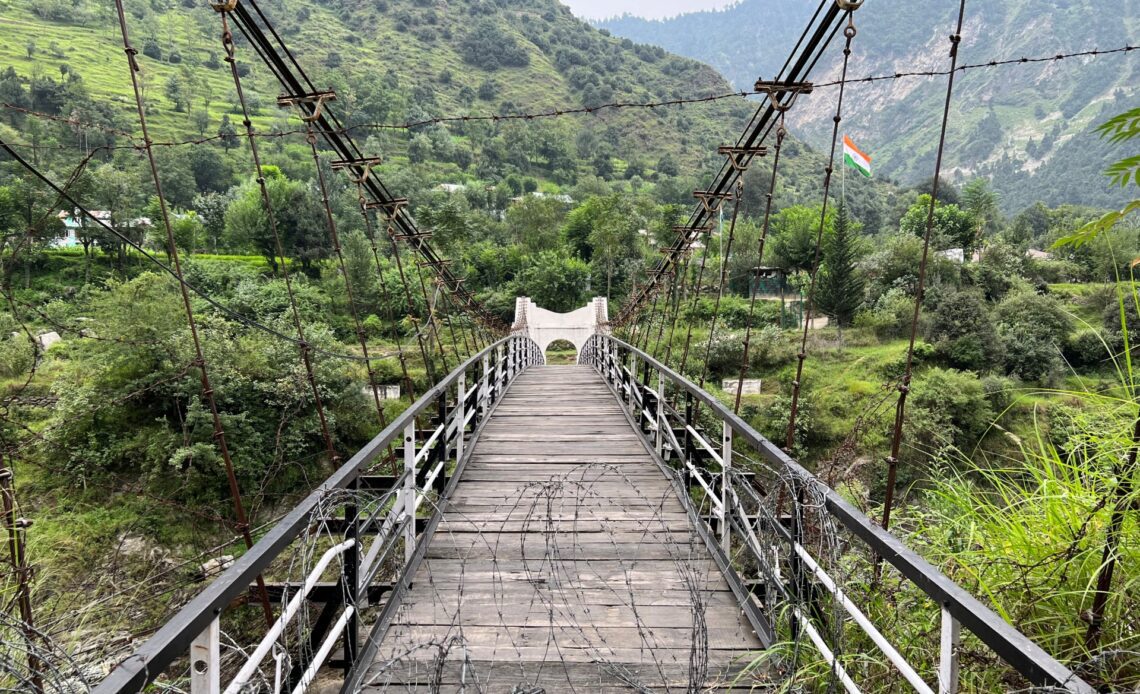 A roaring Himalayan river and one of the world’s most militarised borders separate the Khokhar family in Kashmir, a mountainous region divided between India and Pakistan – archrivals that gained independence from Britain 75 years ago.

Abdul Rashid Khokhar, 73, lives in the village of Teetwal in Indian-administered Kashmir.

Across the fast-flowing waters of the Neelum River, also known as the Kishanganga, his nephews, Javed Iqbal Khokhar and Muneer Hussain Khokhar, run small stores in the hamlet of Chilehana, which falls under Pakistani-administered Kashmir.

Above them, on both sides, loom tall, green mountains from where the militaries of the nuclear-armed neighbours have intermittently rained mortars, shells and small arms fire on each other through the decades.

Since early 2021, the Line of Control (LoC), a 740km (460-mile) de facto border that cuts Kashmir into two, has been mostly quiet, following the renewal of a ceasefire agreement between the South Asian neighbours.

The narrow rope bridge that connects Teetwal to Chilehana is blocked on both sides by barbed wire, and no crossings have been allowed since 2018.

Sentry posts remain on both sides of the bridge, which straddles the LoC.

“The line runs through our hearts,” said Abdul, who is the village council head of Teetwal, referring to the LoC.

“It is very traumatic that you can see your relatives across but can’t talk to them, meet them.”

On the Pakistan side of the Neelum River, Abdul’s nephew Javed said he remembers a time they could not switch on the dimmest of lights in their home in Chilehana because of the risk that they could be hit by shelling.

The never-ending shelling and mortar fire at the time forced the family to move their elders and most of their children away from the border to the relative safety of Muzaffarabad, a city 40km (25 miles) away in Pakistan, he said.

“They are still there – because you never know what happens and then getting them out will be a challenge,” said the 55-year-old.

On a warm afternoon this week, Javed’s brother Muneer stood outside his small shop, overlooking an Indian settlement across the LoC, and doled out cones of bright green and white ice cream, matching the colours of Pakistan’s national flag.

For years, business activity in the area had almost completely stalled and traffic on the road that hugs the Neelum thinned to a trickle because of the constant clashes, he said.

Since the 2021 ceasefire, tourists have returned and…