Montco man tried to meet up with boy in Doylestown for sex, police say. It was instead a video sting operation

I had to fight to keep my last name

Chris Redd is dating the estranged wife of Kenan Thompson

Meghan Trainor visited a sex shop 'for a friend' 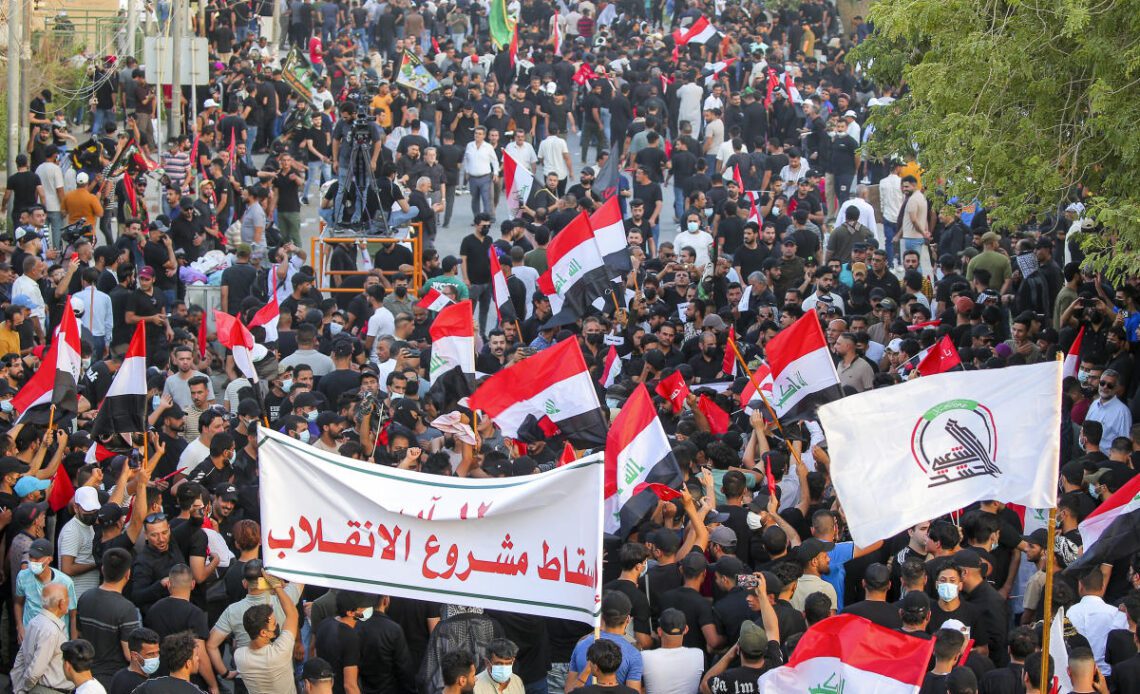 BAGHDAD (AP) — Iraq’s top judicial body said Sunday it doesn’t have the authority to dissolve the country’s parliament, days after an influential Shiite cleric gave it one week to dismiss the legislature so that new elections can be held.

The decision by the Supreme Judicial Council is likely to increase tensions between followers of cleric Muqtada al-Sadr and members of Iran-backed groups as Iraq sinks deeper into its political impasse, now in its 10th month. The impasse is the longest in the country since the 2003 U.S.-led invasion reset the political order.

The Supreme Judicial Council said in a statement after a meeting Sunday that political groups in the country should not get the judiciary involved in their “rivalries and political competition.”

Al-Sadr, whose supporters earlier this month stormed the parliament in Baghdad and have since held a sit-in outside the building, tweeted on Wednesday that the judiciary has one week to dissolve the legislature. Al-Sadr has previously demanded that the parliament be dissolved and that early elections be held but this time he set a deadline.

Al-Sadr’s political bloc won the largest number of seats in parliament but failed to form a majority government that excluded his Iran-aligned rivals. He called on his followers Saturday night to be ready to hold massive protests all over Iraq raising concerns of tensions. He did not set a date for the planned protests.

“The Supreme Judicial Council does not have the authority to dissolve parliament,” the statement said, adding that its main job is to deal with legal matters and it cannot “interfere in the work of the legislative or executive authorities.”

Al-Sadr’s political rivals in the Coordination Framework, an alliance of Iran-backed parties, said earlier that the parliament would have to convene to dissolve itself. On Friday, supporters of the group demonstrated in Baghdad to protest the occupation of the legislature by al-Sadr’s supporters.