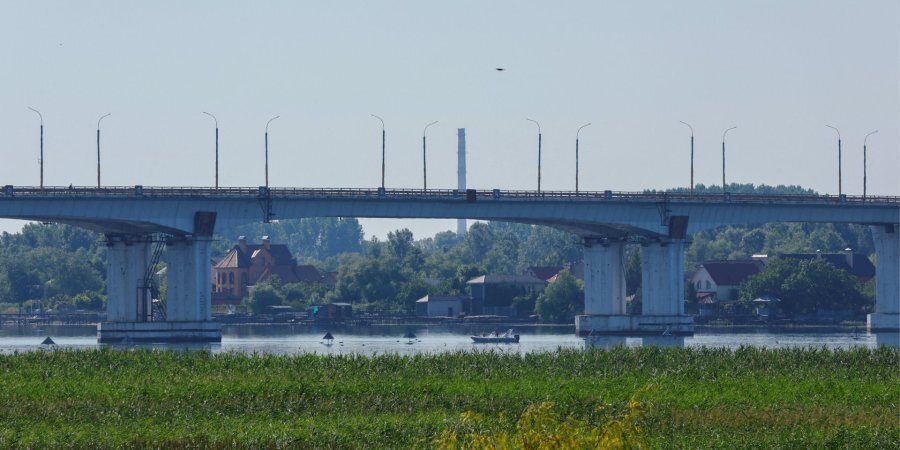 Following the destruction of all three key bridges across
the Dnipro River in Kherson Oblast, Russian puppet “authorities” are fleeing to
occupied Melitopol, Zaporizhzhya Oblast, Melitopol Mayor Ivan Fedorov said in a
Telegram post on Aug. 14.

Fedorov also said that despite Russia announcing it’s repairing the Melitopol-Berdyansk motorway, no actual work is being done, as workers on the project are not getting paid.

Ukrainian artillery strikes have left the Kakhovka Bridge north of Kherson damaged, cutting the last remaining route for Moscow to reinforce its forces in the western part of Kherson Oblast and the city of Kherson, regional official Serhiy Khlan recently said.

Ukraine carried out a series of surgical strikes on Antonivka and Kakhovka bridges near Kherson on Aug. 8, and further follow-up attacks over the next few days.

Some military experts have estimated that there may be around 15,000 Russian troops on the western bank of the Dnipro in occupied Kherson Oblast, according to reports in the Washington Post.

The Russian troops are now mainly supplied by pontoon ferries across the Dnipro, the UK’s Ministry of Defense said in one of its regular updates.