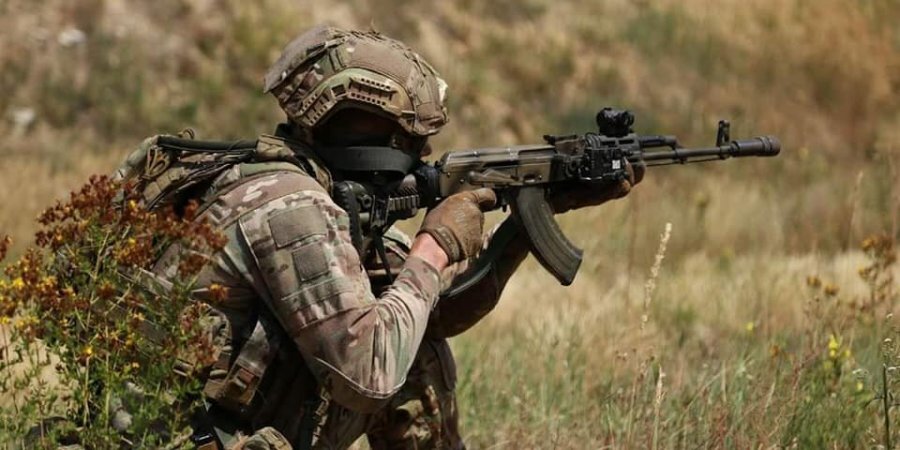 Russian invading forces conducted offensive
operations in several directions in the Donbas over the past 24 hours, but
failed to make any progress and retreated with losses, Ukraine’s General Staff
said in a Facebook post on Aug. 14.

At the same time, fighting continues in the Avdiyivka, Kramatorsk and Zaporizhzhya areas.

The Ukrainian military said the situation had not undergone any significant changes in the Volyn, Polissya and Siversky areas in the north of Ukriaine. The rotation of units of Russia’s Western Military District continues next to the Siversky part of the front in Cherhihiv and Sumy oblasts. The enemy continues artillery shelling of border settlements from the territory of Russia.

In the Kharkiv area of front, the invaders continue firing artillery and rockets along the contact line, as well as maintaining a high intensity of aerial reconnaissance by UAVs.

The enemy also tried to carry out reconnaissance in force near the village of Pytomnyk, but suffered losses and retreated. In addition, the armed forces launched air strikes near Peremoha, Rtyshchivka and Pytomnyk. They are also taking measures to bolster the logistical support of units and to replenish losses, the General Staff said.

According to the General Staff, enemy troops fired from tanks and rockets near Brazhkivka, Bohorodychne and Dolyna in the Slovyansk section of front. They also tried to break through the defenses of Ukrainian units near Dolyna. In turn, Ukrainian soldiers repulsed the assault.

In the Donetsk area, the enemy fired at Ukrainian units using tanks, artillery and rockets, while using UAVs to conduct aerial reconnaissance of logistics support routes and critical infrastructure facilities.

The invaders launched air strikes near Spirne in the Kramatorsk area in Donetsk Oblast. They also attempted a reconnaissance in force near Serebryanka, but after being hit by fire from Ukrainian soldiers, they retreated. Moreover, the enemy tried to improve its tactical position near Spirne with assault actions, but also failed and retreated. Fighting continues near Ivano-Darivka.

In the Bakhmut area, the Russians fired artillery and tank shells at civilian infrastructure of settlements and the positions of the Ukrainian defense forces. They also launched air strikes near Soledar and Vesela Dolyna, and conducted aerial reconnaissance…