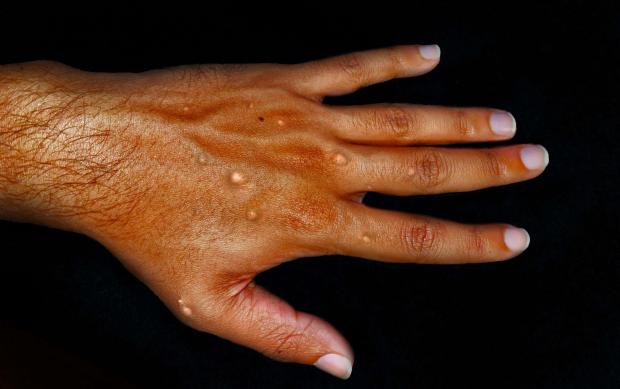 A dog has been diagnosed with monkeypox as pet owners are warned over the first suspected human-pet transmission.

A report in the medical journal The Lancet confirmed that a four-year-old Italian greyhound had begun to show symptoms of the disease.

Scientists revealed that the greyhound had been sharing the same bed as its owners who had also tested positive for the virus.

The owners were taken to hospital in June after developing ulcers, while the dog was found to have similar lesions 12 days later.

Can dogs and cats get monkeypox?

Experts have confirmed that pets like cats and dogs developing monkeypox have never been reported before.

The Lancet study suggests that domesticated animals can get the virus from their owners, even if it’s rare.

The researchers called for further action in their report including an increased awareness and debate following the first human-pet transmission.

The scientists published in the report:”Our findings should prompt debate on the need to isolate pets from monkeypox virus-positive individuals.

“We call for further investigation on secondary transmissions via pets.”

The owners continued to let their dog to sleep with them after becoming infected.

The couple “had been careful” to prevent the greyhound from having contact with other pets or humans.

READ MORE: Monkeypox outbreak: differences between the virus and its Smallpox “cousin”

READ MORE: Working from home with pets – what should you be doing?

What is monkeypox and why is it called that?

Monkeypox is a rare infection which spreads mainly among wild animals in parts of west or central Africa.

The disease was first discovered in monkeys kept for research in 1958 which is where it gets its name.

The first human case was recorded in 1970 in the Democratic Republic of Congo and the risk of catching it in the UK is generally very low.

As of August 15, the UK Health and Security has confirmed that there are 3081 cases and 114 highly probable cases in the UK.

The UKHSA added that according to the most recent data, the growth of the outbreak has slowed.

The body attributes this partly to the over 25,000 smallpox vaccines given out as part of its strategy to contain the outbreak.

It added: “These 1000s of vaccines, given by the NHS to those at highest risk of exposure, should have a significant impact on the transmission of the virus.”