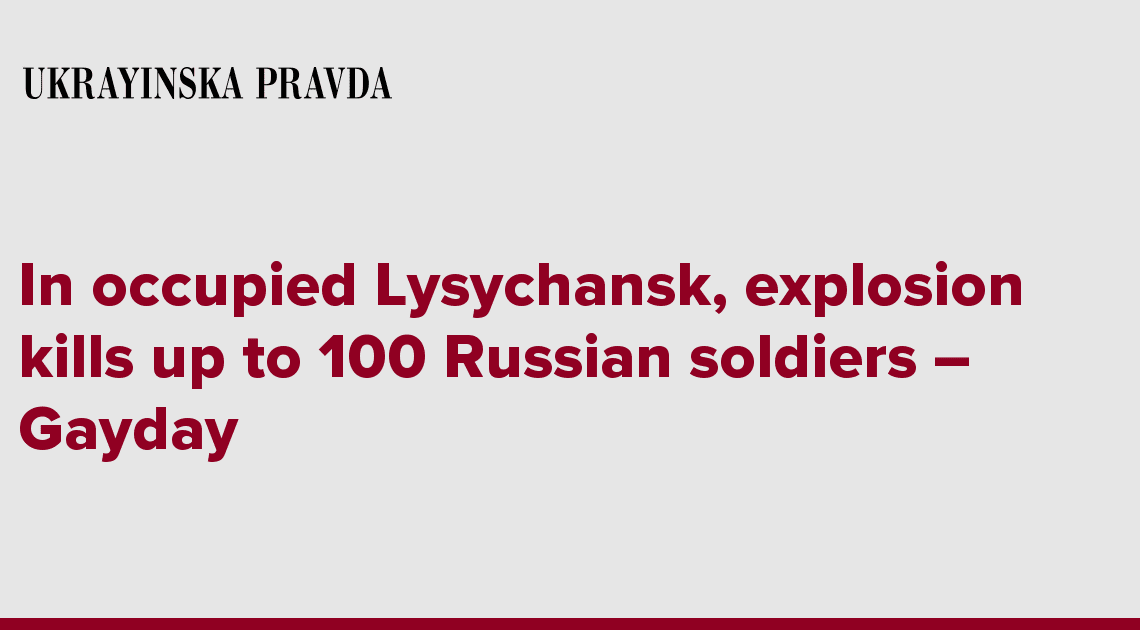 Serhii Haidai, Head of the Luhansk Oblast Military Administration, reported on the explosion in occupied Lysychansk, where, according to him, up to a hundred Russian soldiers were killed.

Source: the head of the Luhansk Oblast Military Administration on the air of Radio Liberty

Quote from Haidai: “There was “cotton” in Lysychansk today. I think that we will still be pleased with the information about 100 dead private soldiers of the Russian 2nd Army Corps. These are no longer “Wagnerians”, they are already the regular army of the Russian Federation.”

Details: According to Haidai, these are Russian soldiers from the 2nd Army Corps.