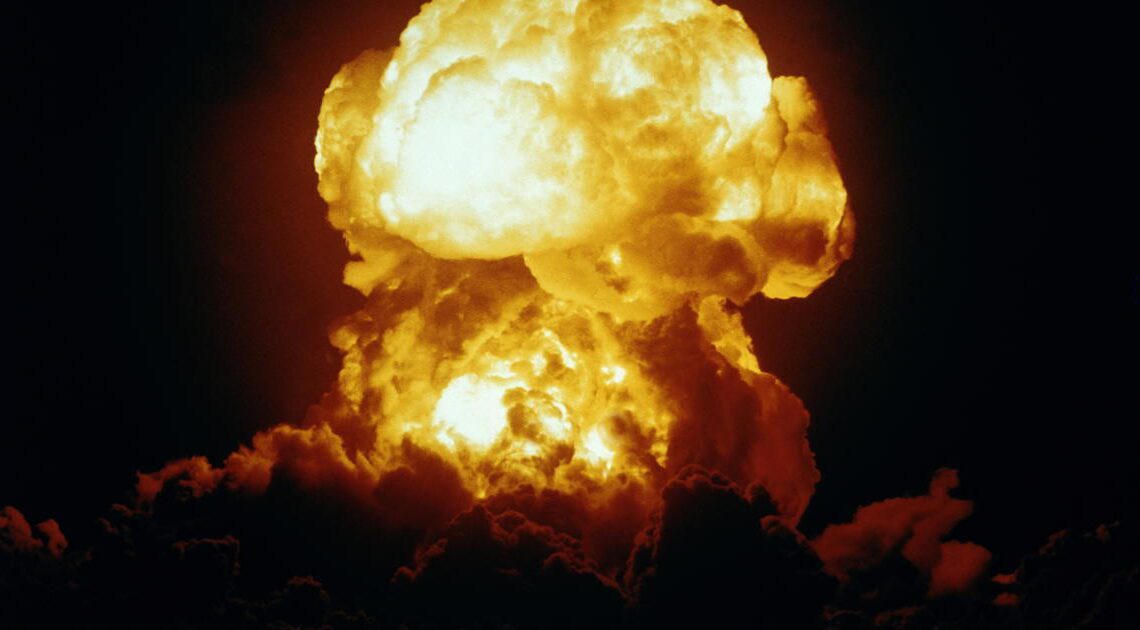 The toll of nuclear war would be instantly catastrophic for those who are within the immediate path of the weapons. But a new study shows just how deadly the scope of such a war would be.

A nuclear blast would cause worldwide famine, according to the study, published in Nature Food on Monday, as massive amounts of soot would block sunlight, disrupt climate systems and limit food production.

“[It] would be a global catastrophe for food security,” the authors said.

Even a relatively small nuclear conflict, such as one between India and Pakistan, would be devastating, researchers found. A week-long nuclear war involving about 100 weapons and the release of 5 Tg, about 11 billion pounds, of soot would kill 27 million people directly. The study said after two years, with international trade at a halt and a 34.7ºF temperature drop, the famine it creates would kill 255 million people, assuming that the rest of the population got the minimum food needed to survive, about 1,999 calories per capita per day.

The largest scenario examined, a week-long war involving 4,400 weapons and 150 Tg, or 330.6 billion pounds, of soot – such as one that would occur between the U.S., its allies and Russia – would kill 360 million people directly – and more than 5 billion from starvation, the study said. The density of the soot would reduce global temperatures by more than 58ºF.

“While amounts of soot injection into the stratosphere from the use of fewer nuclear weapons would have smaller global impacts,” researchers said in their article, “once a nuclear war starts, it may be very difficult to limit escalation.”

Using climate, crop and fishery models, researchers found that the climatic impacts of soot from nuclear war would peak in the first few years but last for about a decade.

In the worst-case scenario, when 150 Tg of soot is unleashed, the global average calorie production from crops would decline by about 90% just three to four years after the nuclear war, the study found.

“The changes would induce a catastrophic disruption of global food markets,” the study says, “as even a 7% global yield decline compared with the control simulation would exceed the largest anomaly ever recorded since the beginning of Food and Agricultural Organization (FAO) observational records in 1961.”

Lead author Lili Xia, a climate scientist at Rutgers University, told Nature that the situation would be “really bad.”