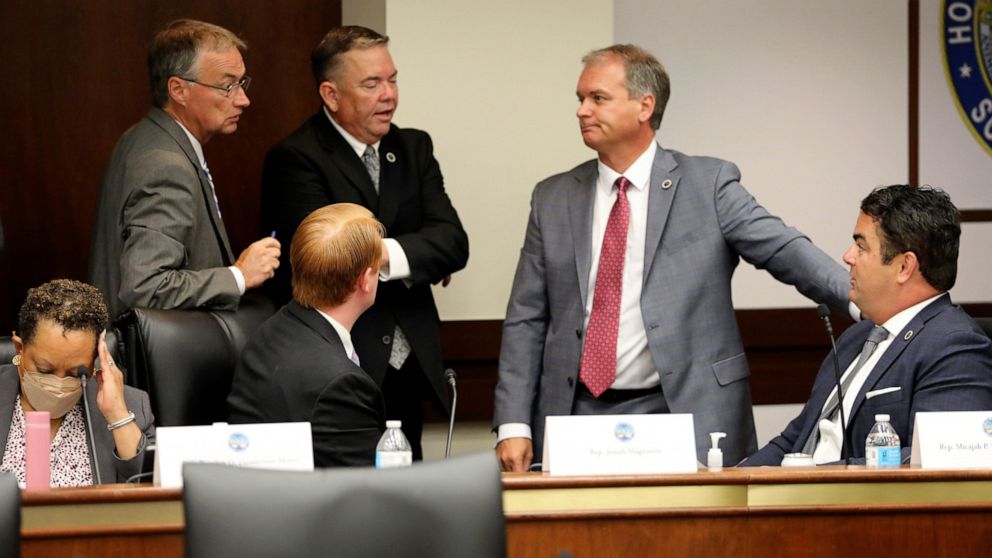 COLUMBIA, S.C. — A small group of South Carolina lawmakers have given their approval to a near total abortion ban that does not include exceptions for pregnancies’ caused by rape or incest.

The 3-1 vote Tuesday — all Republicans for it and the lone Democrat against — sets up a showdown later in the day on whether to send the restrictive bill to the House floor.

South Carolina currently has a six-week ban passed in 2021 that went into effect after the U.S. Supreme Court overturned Roe v. Wade in June. Republican lawmakers plan a special sessions over the next month to consider even more restrictions.

The bill bans all abortions except when the life of the mother is in danger. It lists a number of different medical emergencies that would fit into the exceptions.

The legislation still has a long way to go before it could reach Republican Gov. Henry McMaster, wo said he wants to see no abortions in the state.

Both opponents and supporters said the proposal could change considerably on its way through the General Assembly.

Some Republicans, especially in the South Carolina Senate, have said they aren’t sure they want to go any farther than the current law that prohibits abortions after cardiac activity is detected in the fetus, typically around six weeks after conception. They said a vote in Kansas preventing lawmakers from seeking more restrictions and other developments have them reassessing whether a total ban is a good idea right now.

But the Republicans on House subcommittee Tuesday morning appeared to be ready to let that kind of discussion happen in the full House Judiciary Committee later in the day.

Democratic Rep. Spencer Wetmore went through the bill section by section, pointing out how the doctors and experts she has spoken with with think it puts women’s health in danger.

Passing this bill will leave “doctors scared to practice; women scared to start families because they are worried this state will criminalize them if they have a miscarriage or worse leave them bleeding out in an emergency room while a hospital’s attorney decides whether the doctors can help,” Wetmore said.

She also said without exceptions for rape and incest, South Carolina is putting both the physical and mental health of disabled women or young girls who are raped at risk.

Republican Rep. John McCravy said the bill was carefully crafted to protect a mother’s life while also making sure “all pre-born lives are…