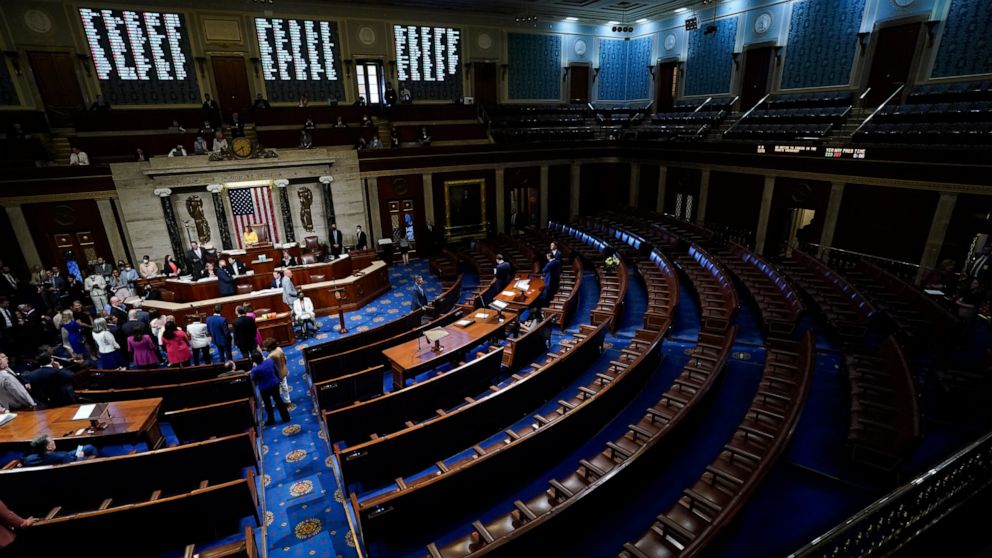 WASHINGTON — President Joe Biden arrived at the White House promising to “build back” America, and legislation he’s signing Tuesday delivers a slimmer, though not insignificant, version of that once sweeping idea.

Approved by the divided Congress, the bill brings the biggest investment ever in the U.S. to fight climate change. Also in the legislation is a $2,000 cap on out-of-pocket prescription drug costs for Medicare recipients as well as a new 15% corporate minimum tax to ensure big businesses pay their share.

And billions will be left over to pay down federal deficits.

All told, the Democrats’ “Inflation Reduction Act” may not do much to immediately tame inflationary price hikes. But the package, an election year turnaround after loftier versions collapsed, will touch countless American lives and secure longtime party goals.

Democrats alone supported the package, as Republicans lined up against it. Republicans deride the 730-page bill as big government overreach and point particular criticism at its $80 billion investment in the IRS to hire new employees and go after tax scofflaws.

Voters will be left to sort it out in the November elections, when control of Congress will be decided.

Not as robust as Biden’s initial ideas to rebuild America’s public infrastructure and family support systems, here’s what’s in the estimated $740 billion package — made up of $440 billion in new spending and $300 billion toward easing deficits.

Launching a long-sought goal, the bill would allow the Medicare program to negotiate some prescription drug prices with pharmaceutical companies, saving the federal government some $288 billion over the 10-year budget window.

The revenue raised would also be used to provide free vaccinations for seniors, who now are among the few not guaranteed free access, according to a summary document.

Seniors would also have insulin prices capped at $35 a month.

The bill would extend the subsidies provided during the COVID-19 pandemic to help some Americans who buy health insurance on their own.

Under earlier pandemic relief, the extra help was set to expire this year. But the bill would allow the assistance to keep…