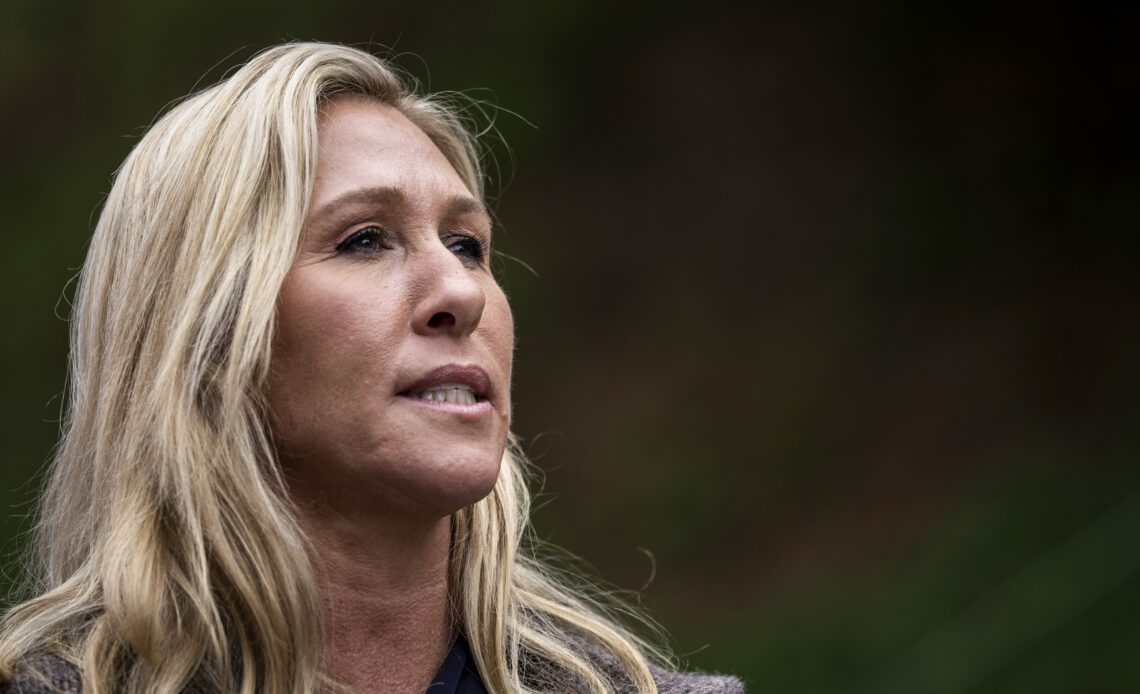 Police, for a second time in 26 hours, rushed to the Georgia home of Republican Rep. Marjorie Taylor Greene on Thursday for another false shooting report, authorities said.

A person calling him or herself “Wayne Greene” reached out electronically to a suicide crisis center to report gunfire at 2:53 a.m., police in Rome, Georgia, said.

Greene is married with three children. None of those immediate family members are named “Wayne.”

“The person who made the call through the chat advised that they ‘came out as trans-gender and claimed they shot the family,'” according to a Rome police report. “They also claimed, ‘If anyone tried to stop me from shooting myself, I will shoot them.’ They advised ‘they would be waiting for us.’ “

An officer spoke to Greene at her door and “alerted her with the reason why we were there,” police said.

Greene has a long history of antagonizing the LGBTQ community and its supporters, having recently backed a proposal to ban gender-affirming care for transgender minors.

It was the second time she has been targeted with a fake call in as many days.

A 911 call placed at 1:03 a.m. Wednesday prompted officers in Rome, about 70 miles northwest of Atlanta, to respond to Greene’s home because of “a subject being shot multiple times,” police said.

Making a false report of a crime in progress to draw police to the scene is known as “swatting.”

Even though Thursday’s swatting incident came via an electronic chat, rather than a telephone call, police said they had no choice but to act immediately.

“We do take these calls seriously,” Assistant Chief Debbie Burnett said in a statement to NBC News. “It is a shame people don’t understand the gravity of this type of action.”

The person behind Thursday’s electronic hoax won’t be any easier to trace than Wednesday’s phone caller, but police “are working with other law enforcement partners to try and identify” any suspects, Burnett added.

Both everyday people and celebrities have been swatting victims, with the most infamous incident happening in December 2017 as Wichita, Kansas, police officers fatally shot a man whose home was falsely implicated in a shooting.

An Ohio gamer, upset about a $1.50 bet while he was playing “Call of Duty: WWII” online, was sentenced to 15 months in prison for recruiting a prankster to make the deadly, bogus emergency call.

The person who actually carried out that swatting, which led to the fatal police shooting, was sentenced to 20 years in prison….