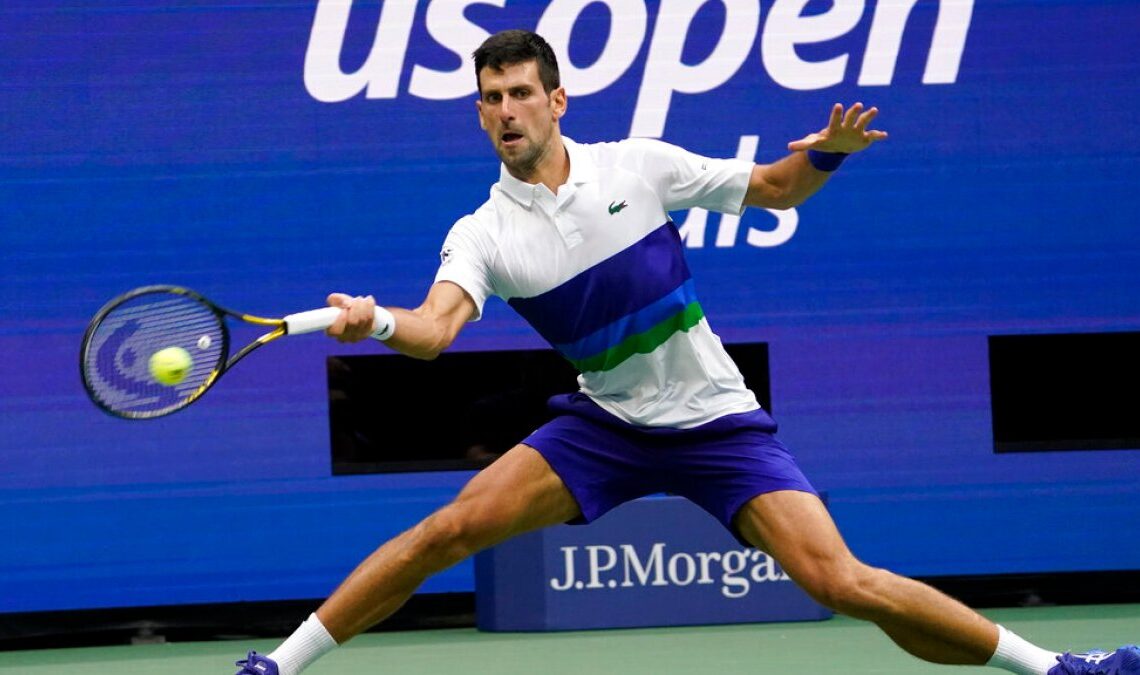 Serbian tennis star, who also missed Australian Open this year, says he will keep in ‘good shape and positive spirit’.

Tennis star Novak Djokovic has announced that he will not be able to travel to New York City for the US Open, missing another Grand Slam amid his refusal to take the COVID-19 vaccine.

Djokovic said on Thursday he will keep in “good shape and positive spirit and wait for an opportunity to compete again”. The tournament, the last Grand Slam of the year, is set to kick off next week.

“Sadly, I will not be able to travel to NY this time for US Open. Thank you #NoleFam for your messages of love and support,” Djokovic wrote on Twitter, referring to his fan club.

Sadly, I will not be able to travel to NY this time for US Open. Thank you #NoleFam for your messages of love and support. ❤️ Good luck to my fellow players! I’ll keep in good shape and positive spirit and wait for an opportunity to compete again. 💪🏼 See you soon tennis world! 👋🏼

The United States has been relaxing COVID-19 restrictions domestically, but it still requires travellers who are not US citizens or permanent residents to be fully vaccinated before boarding a flight into the country. The US had dropped testing requirements for international travellers in June.

Djokovic played in last year’s US Open and made it to the final of the men’s singles. The virus was considered a greater public health risk then, but the US only had a testing – not a vaccine – requirement for entry at that time.

Djokovic, the world’s former world number one who is now sixth in the ranking, stirred controversy earlier this year when his visa was cancelled after arriving in Melbourne to compete in the Australian Open.

The 35-year-old Serbian was eventually deported after a days-long saga, involving politicians and the legal system in Australia.

“Rules are rules, especially when it comes to our borders,” Australia’s then-Prime Minister Scott Morrison said at that time.

Djokovic has previously said that he will not get the COVID-19 vaccine, even if it means he will not be able to play in some tournaments.

The United States Tennis Association (USTA) called Djokovic’s absence from the US Open “unfortunate” on Thursday.

“Novak is a great champion and it is very unfortunate that he will be unable to compete at the 2022 US Open, as he is unable to…