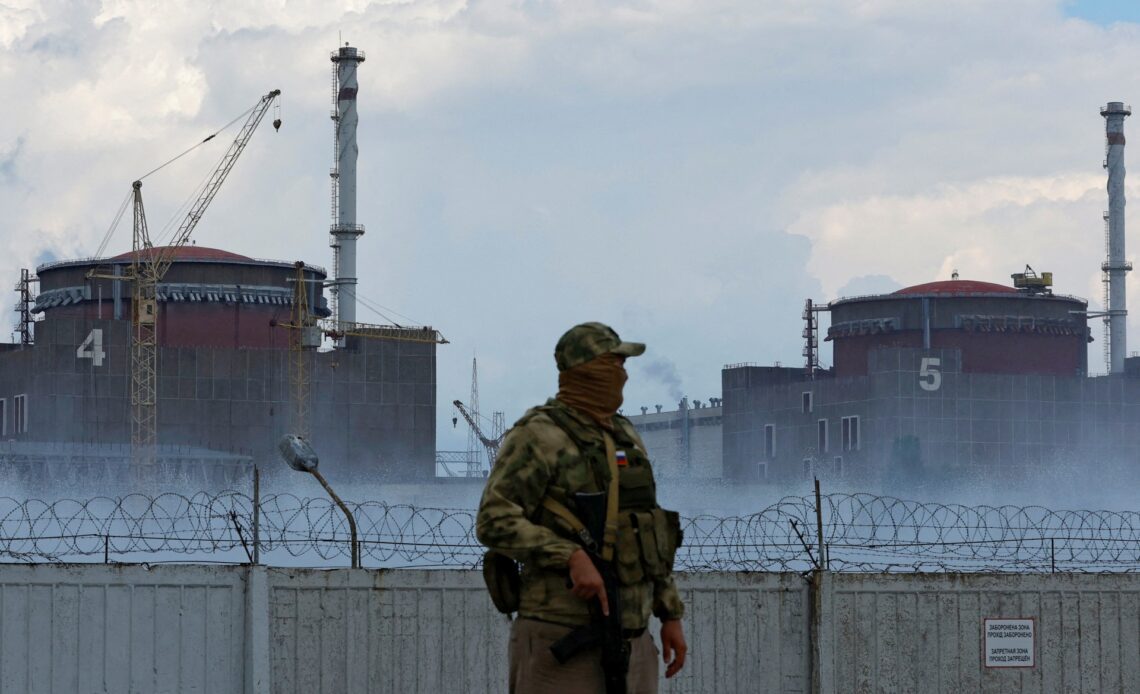 Fires at nearby coal power plant caused the site to be cut off from Ukraine’s national grid, state nuclear company says.

The last regular line supplying electricity to Ukraine’s Russian-held Zaporizhzhia nuclear power plant (ZNPP) was working again after being cut earlier on Thursday, the United Nations said, an outage that underlined the potential peril posed by nearby fighting.

“As a result, the station’s two working power units were disconnected from the network,” Energoatom said in a statement.

“Thus, the actions of the invaders caused a complete disconnection … the first in the history of the plant.”

The last electricity supply to the plant was restored later in the day, the International Atomic Energy Agency (IAEA), the UN nuclear watchdog, said in a statement.

“Ukraine told the IAEA that the ZNPP … at least twice lost connection to the power line during the day but that it was currently up again,” it said, adding that information on the direct cause of the outage was not immediately available.

The Zaporizhzhia plant was captured by Russian troops in early March, within weeks of Moscow launching its offensive, but it is still being operated by Ukrainian staff.

It sits close to areas where fighting is taking place, and has come under repeated fire in recent weeks, fuelling international concern about the potential for a nuclear accident.

Ukraine has accused Moscow of storing weapons at the plant and launching attacks from the site, while Russia accuses Kyiv of recklessly firing on the facility, which is located in the city of Enerhodar.

‘We need to stabilise the situation’

The developments came hours after the chief of the IAEA told the France 24 news channel that the UN’s nuclear watchdog was “very, very close” to being able to visit the Zaporizhzhia plant, located in southeastern Ukraine.

IAEA Director-General Rafael Grossi also said he hoped IAEA’s inspection mission will take place “within days” once a deal has been reached on gaining access to the site, which the United Nations says should be demilitarised.