All power units of the ZNPP are disconnected from the energy lines: preparations are underway to connect two units  Enerhoatom 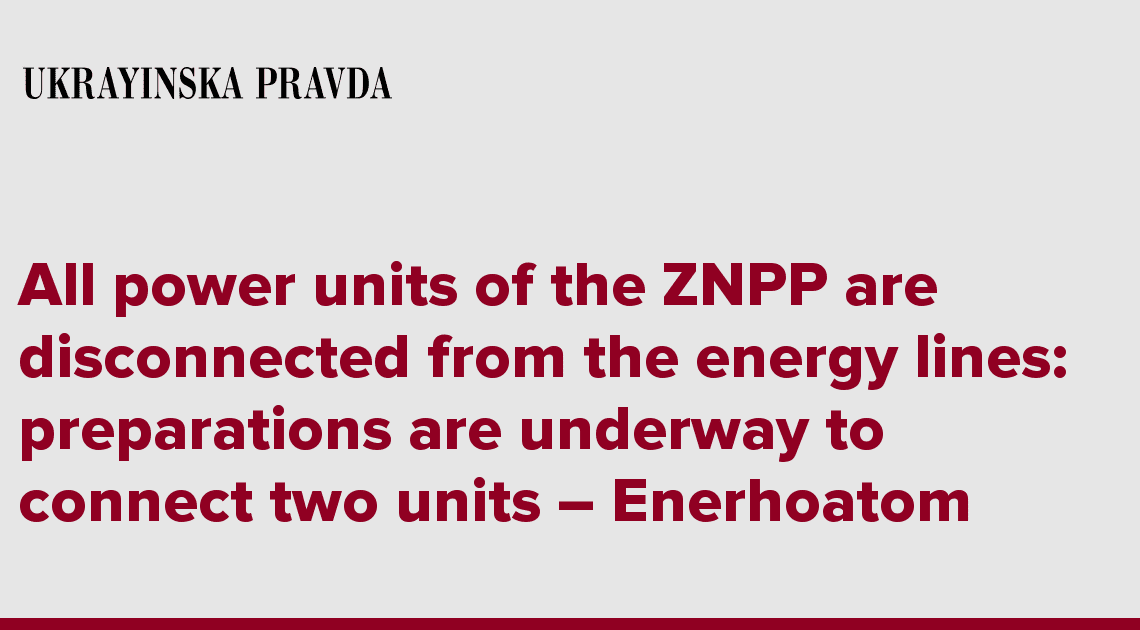 As of the morning of 26 August, all power units of the Zaporizhzhøa Nuclear Power Plant (ZNPP) are disconnected from the power grid.

This was reported in Energoatom.

The station’s own needs for power supply are currently provided through a repaired line from the energy system of Ukraine,” the message says.

There are no complaints on the operation of equipment and security systems, the company added.