Law enforcement officers have identified the Russian man who shot two unarmed civilians in the back near Kyiv in March, in order to runsack a company.

Source: press service of the Prosecutor General’s Office, the text of the suspicion

Details: According to the investigation, on 19 March, five Russian servicemen in a car with the letter “V” and the inscription “Tank special forces RUS” arrived at the enterprise near the village of Mriia in the Bucha district of Kyiv region.

The owner and the guard, who were unarmed, approached the occupiers. The Russians made sure that these people did not pose a threat to them and allowed them to leave. However, when the owner and the security guard moved a few metres away, the occupiers opened fire in their back. Both civilians died on the spot, having received at least 12 gunshot wounds. Then the lieutenant and his accomplice robbed the enterprise, loaded the loot into a car and drove away.

According to the investigation, the crime was committed by Nikolai Sergeevich Sokovikov, born in 1995, who is a native of Omsk and registered in the village of Yelovka in Buryatia, Russia. He was on duty in the Tatsinskaya Krasnoznamennaya 5th separate guard tank brigade of Order of Suvorov – military unit #46108 in the city of Ulan-Ude, Russia.

Under the procedural guidance of the Bucha district prosecutor’s office, he was notified in absentia in suspicion of breaching of all laws, rules and customs of war, combined with intentional murder (Part 2 of Article 28, Part 2 of Article 428 of the Criminal Code of Ukraine). 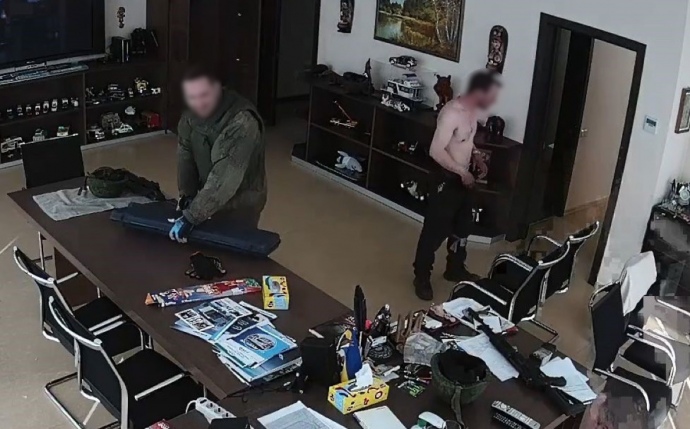