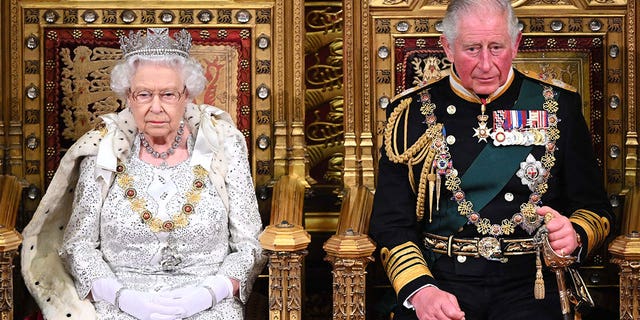 The former Prince Charles has become the King of England following the death of his mother, Queen Elizabeth II.

The new monarch will be known as King Charles III, royal officials say.

Queen Elizabeth II, Britain’s longest-reigning monarch who served as the beloved face of her country and source of strength for seven decades, died Thursday at Balmoral Castle in Scotland. She was 96.

Charles ascended to the kingship immediately upon the death of his mother, according to British laws of succession. Soon after, he released his first statement as king.

“The death of my beloved Mother, Her Majesty The Queen, is a moment of the greatest sadness for me and all members of my family,” the king said. “We mourn profoundly the passing of a cherished Sovereign and a much-loved mother.

“I know her loss will be deeply felt throughout the country, the Realms and the Commonwealth, and by countless people around the world,” the king continued. “During this period of mourning and change, my family and I will be comforted and sustained by our knowledge of the respect and deep affection in which The Queen was so widely held.”

The new king’s coronation and first formal appearance as the head of the commonwealth is not yet scheduled. Charles is expected to stay the night at Balmoral with the rest of the royal family.

His son, Prince William, has become the heir apparent to the British throne, but he has not taken on the title of Prince of Wales. He will have to be granted the title from King Charles III, according to the BBC.

The formal titles of William and his wife, Kate Middleton, are now the Duke and Duchess of Cornwall and Cambridge.

Charles Philip Arthur George, the son of the queen and Prince Philip, the Duke of Edinburgh, was born on Nov. 14, 1948, in Buckingham Palace. The prince’s mother was proclaimed queen at age 25 when her father, King George VI, died in 1952 at age 56. On the queen’s accession to the throne, Prince Charles, as the sovereign’s eldest son, became heir to the British throne.

Charles took on the traditional titles of the Duke of Cornwall under a charter of King Edward III in 1337; and, in the Scottish peerage, of Duke of Rothesay, Earl of Carrick,…