Alleged Russian War Crimes in Ukraine Are Focus of U.S., Allies at U.N. 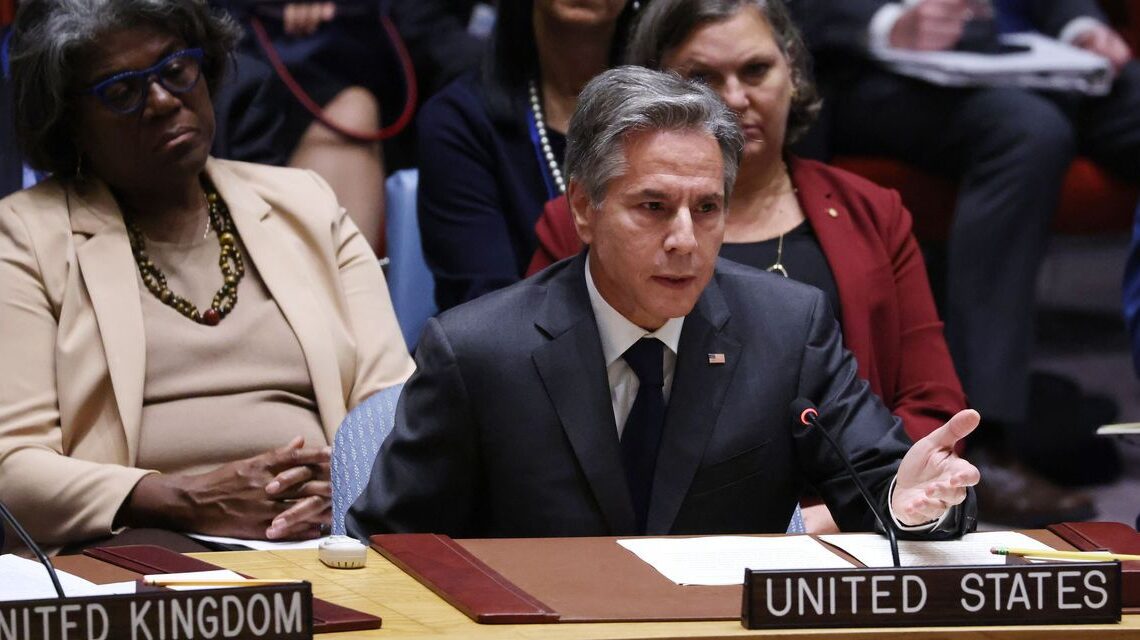 WASHINGTON—Facing Europe’s biggest humanitarian crisis in decades, the U.S. and its allies used Thursday’s United Nations Security Council special session to condemn Russia for its invasion of Ukraine and call for an investigation into Moscow’s alleged war crimes, in the latest step to push back against President Vladmir Putin and Russian aggression.

“We support a range of national and international efforts to collect and examine mounting evidence of war crimes in Ukraine,” U.S. Secretary of State Antony Blinken said at the meeting. “We must hold these perpetrators to account.”

France is leading calls for the creation of a special tribunal to prosecute crimes of atrocities in Ukraine. But it proposed few concrete measures, and how the process was supposed to move forward couldn’t be determined.

Ukraine’s foreign minister, Dmytro Kuleba, told reporters on the sidelines of the meeting that Kyiv supported continuing efforts to create a mechanism to hold Russia to account, but that providing Ukraine with more weapons was critical to prevent more atrocities from taking place.

“The only feasible way to put President Putin and his entourage on trial is to establish a special tribunal for the crime of aggression against Ukraine,” he said later at the meeting. “I reiterate my call on all states to back this undertaking for the sake of the very basic principles of humanity and the U.N. Charter.”

Mr. Putin in recent days has moved to mobilize as many as 300,000 reservists and annex occupied parts of Ukraine, and threatened nuclear strikes. Those moves come after Ukraine launched a lightning offensive in the country’s northeast earlier this month, retaking some 10% of territory Russia had captured since the beginning of its invasion.

Mr. Putin’s threat of a nuclear response to battlefield losses in Ukraine fueled a new…