An Interview with Toilets of the Wild Frontier Author Graham Askey 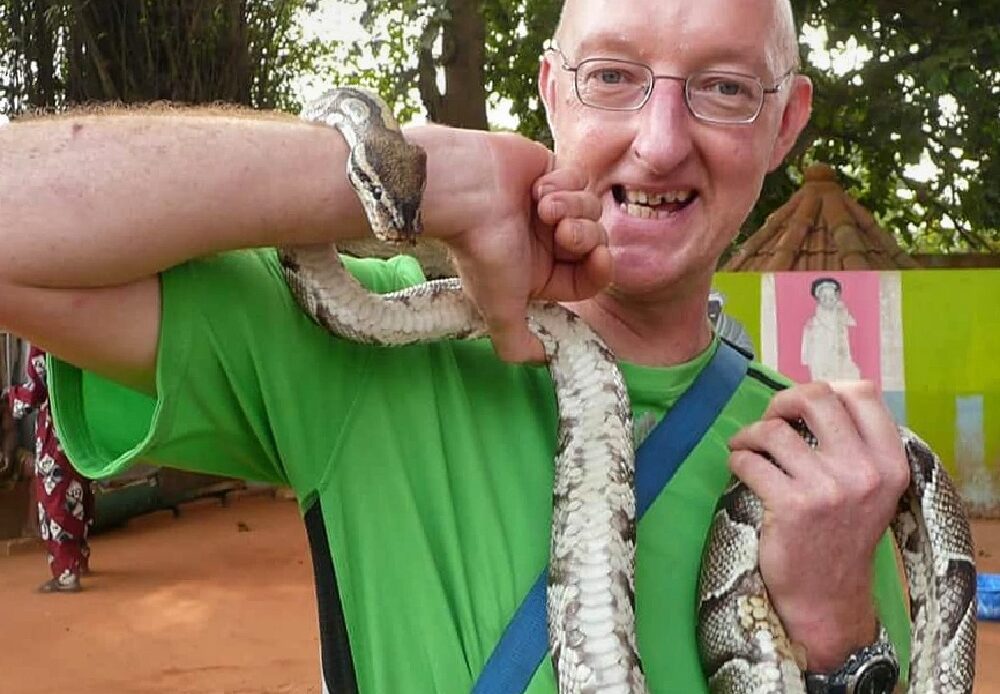 Over the past four decades, seasoned traveller Graham Askey has visited nearly 100 countries, including many far off the beaten track where poverty and a lack of basic amenities such as running water mean that, when it comes to building toilets, the locals have to get creative.

Graham has just published a new book, Toilets of the Wild Frontier, which brings together more than 30 of the worst toilets he has ever encountered, located in developing countries across Asia and Africa. From insect-infested huts and bathrooms baked in filth to latrines on stilts and communal crappers, this book captures them in all their glory.

To mark its publication, we spoke to Graham to learn more about his quest to document the far-flung public conveniences that take your breath away (for all the wrong reasons), and why his book, while a work of humour, provides important insights into poverty.

Q. Why focus a book on toilet facilities (or lack thereof)?

A. I was initially inspired by a visit to Tajikistan, which had a wonderful variety of primitive, ramshackle toilets that were worth taking photos of, purely for amusement’s sake. It made me keep a lookout for how other countries dealt with the subject. Of course, being English, I share our culture’s unhealthy obsession with toiletry matters, which provides an endless source of amusement. We seem to have an inner turmoil, where ideas of dignity and propriety are fighting with a compulsive urge to talk about a subject that ought to remain private. Or is that just me?

Also, it’s a subject that everyone can relate to, wherever you are in the world.

Q. If someone wants to encounter the world’s worst toilets, where should they go?

A. The answer depends on whether you are more repulsed by the sights and smells of the facilities or the cultural differences in their design and use. In the first instance, you can rely on almost anywhere in tropical Africa, where the combination of heat and humidity in pit latrines is the ideal environment for excremental fermentation. As for the cultural issues, many would be horrified by some of the communal toilets in China—the idea of squatting over a trench beside a load of strangers could be more of a deterrent than biochemical disgust. Azerbaijan toilet culture didn’t seem to be particularly phased by having to sit next to someone else’s poor attempt at aiming your arse in the appropriate direction. In fact, at times I failed to see the point of paying…