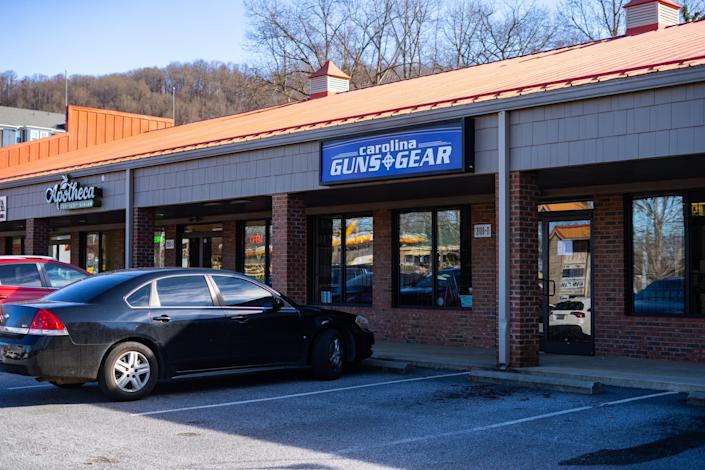 ASHEVILLE – Days after a defendant was given a prison sentence for his role in the Jan. 7 Carolina Guns and Gear robbery, another is facing nearly two decades behind bars.

Jesse Lynn Williams, 34, of Asheville was sentenced to 19 1/2 years in prison on Sept. 22 for his role in the burglary of Carolina Guns and Gear, a South Asheville gun store, according to a United States Attorney’s Office news release. Chief U.S. District Judge Martin Reidinger also ordered Williams to serve three years under court supervision after he is released from prison.

“According to filed court documents and today’s sentencing hearing, Williams organized the burglary of Carolina Guns and Gear West, LLC (Carolina Guns and Gear), a Federal Firearms Licensee (FFL) located at 3106 Sweeten Creek Road, in Asheville,” the release says. “Williams recruited his two co-defendants, Lyron Deshawn Greenlee and Alexa Rae Basillo, to assist him with the burglary. Court records show that on January 7, 2022, Williams broke into the gun store and stole 33 firearms, while Greenlee and Bassillo served as lookouts or drivers during the burglary.”

Past reportingAsheville police, ATF search for suspect after more than 30 guns stolen from gun shop

Planning the burglary was no small feat, the release says, as “Williams and Bassillo customized satellite map imagery of the area surrounding the gun store, which diagrammed the location of the store and avenues of approach and escape near the store.

The maps also identified where coconspirators would be stationed as lookouts. Court records also show that Williams, assisted by Bassillo, acquired tools and equipment for the break-in, including two-way radios that coconspirators used to communicate over the course of the burglary.”

They later divvied up the guns, the release says. Eight of the stolen 33 have been recovered.

Read this5 years after police brutality case that changed Asheville, where are cop, Black pedestrian?

Williams pleaded guilty to theft of firearms from an FFL and aiding and abetting, as well as possession of a firearm by a convicted felon, in April, the release says.

On Sept. 16, the Citizen Times reported that a codefendant in the case, Lyron Deshawn Greenlee, was sentenced to 8…