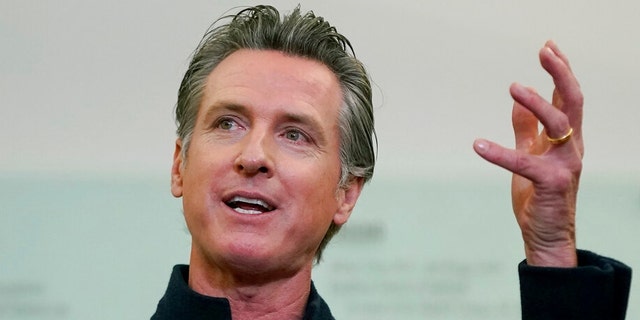 Democratic California Gov. Gavin Newsom is taking flak from Christians who are offended by his multi-state billboard campaign that promotes abortion by quoting Jesus.

Last week, Newsom took to Twitter to tout the billboards his gubernatorial campaign is erecting in Texas, Oklahoma, Mississippi and four other “anti-freedom” states where abortion is restricted or outlawed.

Some versions of the billboards, all of which urge women in such states to come to California to get abortions, advertise the state’s easily obtainable abortions by quoting Mark 12:31, where Jesus says, “Love your neighbor as yourself. There is no greater commandment than these.”

“The idea that Newsom is using the words of Jesus Christ, the Holy Scriptures, to promote the killing of unborn children as somehow loving and commanded by God is quite frankly disgusting,” said Jay Sekulow, chief counsel of the American Center for Law & Justice, in a statement to Fox News Digital.

“This is a blatant, political fundraising ploy to boost his own political profile and presidential aspirations. The people are smarter than that. It just won’t work,” Sekulow added.

Many Twitter users echoed Sekulow’s sentiment, including Matthew P. Schneider, a Roman Catholic priest who serves as adjunct professor of theology at Belmont Abbey College in Charlotte, North Carolina. He described Newsom’s billboards as “one of the [worst] distortions of a Bible passage I’ve ever seen.”

“Shame on [Newsom] and his government,” Schneider said. “The most basic level of loving your neighbor as yourself is not killing your neighbor, yet that’s exactly what abortion does.”

CHRISTIANITY QUICKLY DIMINISHING IN US, ON PACE TO BECOME MINORITY RELIGION IN DECADES: STUDY

“This is satanic,” tweeted Ryan Hilderbrand, a Roman Catholic priest from Indiana.

“Imagining the devil in his advertising office at the top of the highest skyscraper in hell giggling to himself as [Newsom] uses Jesus’ own words to support killing babies,” said Catholic Answers, a Catholic…