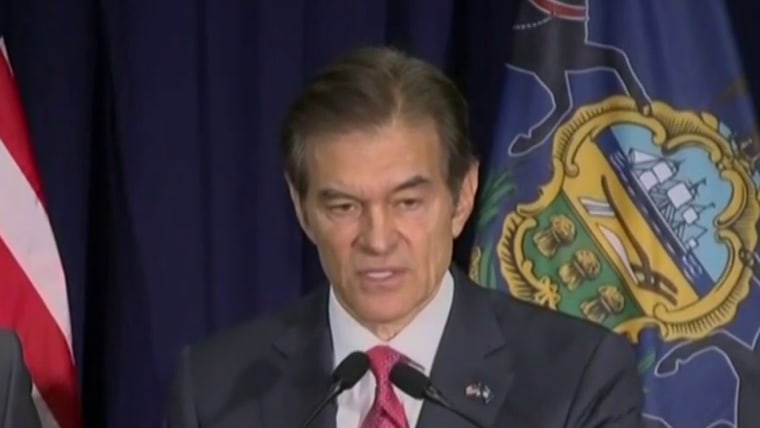 WASHINGTON — In focus groups in Pennsylvania this week, swing voters were shown video of Senate Democratic nominee John Fetterman speaking at successive events since his May stroke. The consensus, according to two people familiar with the responses given to Democratic operatives, was that persuadable voters believe Fetterman is fit to serve and getting sharper.

But the fact that Democrats are asking voters about Fetterman’s health suggests at least some lingering concern about whether it will affect a tightening race, even as the candidate consolidates his support among the party faithful, ramps up his public schedule and prepares for an Oct. 25 debate with Republican rival Mehmet Oz.

Four months after the stroke, Fetterman has not released his medical records. For much of the summer, as he recuperated, he made few public appearances. He agreed to a single debate showdown with Oz, who has trailed in the polls and has accused him of dodging more debates to hide any infirmity.

Fetterman has said that his main challenge is a lingering “auditory processing” problem, which means that he can have trouble — particularly in noisy settings — picking out which sounds to listen to.

Earlier this month, Sen. Pat Toomey, R-Pa., who is retiring after two terms and supports Oz, questioned whether the Democrat could function in the Senate.

Democrats say Oz is pursuing a risky strategy because Fetterman’s capability is increasingly evident at rallies, in campaign events with small groups and in one-on-one interactions. Beyond that, they say, voters are turned off by Oz — a doctor — attacking a stroke victim’s health, a conclusion supported by some of the focus group participants.

“I was with him Saturday in Scranton — he had 1,000 people! I’ve been at a lot of gatherings and rally-type settings for Senate races — there aren’t a lot of Senate races that get 1,000 people,” Sen. Bob Casey, D-Pa., said in an interview, praising Fetterman’s connection to voters. “That connection is very strong. The other side is trying to break that and they’re having real…