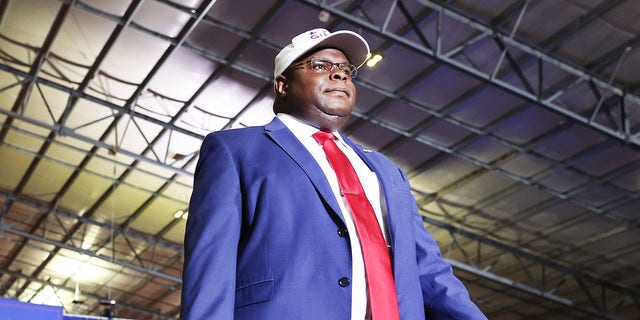 Democrats who spent nearly half a million dollars to help a Trump-backed candidate win a Michigan congressional primary say the GOP must “answer” for that same candidate after his previous comments on the patriarchy, women’s suffrage and differences between men and women resurfaced.

John Gibbs, who defeated Republican Rep. Peter Meijer in the GOP primary last month, has taken fire after CNN resurfaced posts he made while in college at Stanford, where he founded the “Society for the Critique of Feminism” to push back against claims that “a patriarchal society is inherently wrong” and to argue for the “headship of man over woman.”

The Democratic Congressional Campaign Committee (DCCC), which spent $485,000 on ads apparently designed to boost Gibbs over his more moderate rival, Meijer, in order to make the race easier for the Democrat opponent in the November election, said the Republican Party needs to take responsibility for Gibbs and denounce him.

“The GOP must answer for a candidate who believes women having the right to vote has damaged America,” said Matt Corridoni of the DCCC. “The real question is when the NRCC [National Republican Congressional Committee] will denounce Gibbs and remove him from their ‘Young Gun’ program. Their silence is deafening,” he added.

In 2000, Gibbs wrote in a post linked to a Stanford webpage, which was archived by CNN, that Christianity may support patriarchy and that the biblical injunctions to not allow women in leadership roles in the church was based on human nature.

“…[B]ecause women do not posess (sic) the characteristics necessary to govern, and since women have a more important task to do, which is to prepare the next generation, they are commanded not to rule,” the post says.

In another section, Gibbs wrote that women voting has led to a larger federal government “because women tend to vote more ‘socialistic’ than men, for larger and more intrusive government…”

Gibbs concluded that “the United States has suffered as a result of women’s suffrage.”

The Gibbs campaign did not immediately respond to Fox News Digital’s request for comment.

Gibbs, who worked in…