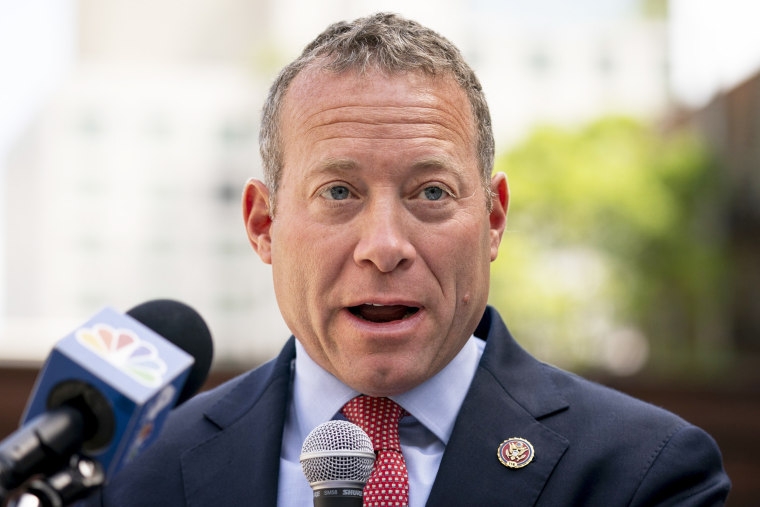 WASHINGTON — The House passed a package of police funding and public safety bills Thursday, legislation that will help vulnerable Democrats blunt GOP campaign attacks that they want to “defund the police” and are ignoring rising crime.

The legislative package “made very clear that we get the backs of law enforcement … [that] we need to invest — not defund — to protect our communities and protect our officers,” said moderate Rep. Josh Gottheimer, D-N.J., who is being targeted by Republicans this fall and negotiated the package with top progressives and Congressional Black Caucus leaders.

Four policing and safety bills were passed after some last-minute intraparty drama earlier in the day. Even though the package had been negotiated by Progressive Caucus Chair Pramila Jayapal, D-Wash., and Rep. Ilhan Omar, D-Minn., others on the left had threatened to vote down the rule governing floor debate on the legislation. Had they followed through, it would have derailed the entire package and dealt Democrats an embarrassing blow on a major campaign issue before the midterms.

After a two-hour delay, the rule passed 216-215, but not before a handful of progressives took aim at Gottheimer’s bill to provide funding for small police departments. Progressives said they wanted more police accountability measures before they sent departments more money, and they objected that Gottheimer’s bill did not go through a committee before leadership brought it to the floor for a vote.

“I fundamentally reject the timing of the bill, and I will be voting no on the Gottheimer bill,” Rep. Ayanna Pressley, D-Mass., a member of the band of progressive Democrats known as “the squad,” said before the final votes.

All four bills were written by moderate Democrats in competitive races this November.

The Gottheimer bill, which easily passed 360-64, would provide grants to police departments with fewer than 125 sworn officers. Another measure, sponsored by Rep. Katie Porter of California, passed 223-206; it would provide grants for mental health professionals and other resources.

The two other bills were written by Congressional Black Caucus members. The first, by Rep. Steven Horsford of Nevada, which passed 220-207, would fund nonprofit, community and faith-based organizations that work to reduce crime. The other, by Rep. Val Demings of Florida, who is trying to unseat GOP Sen….