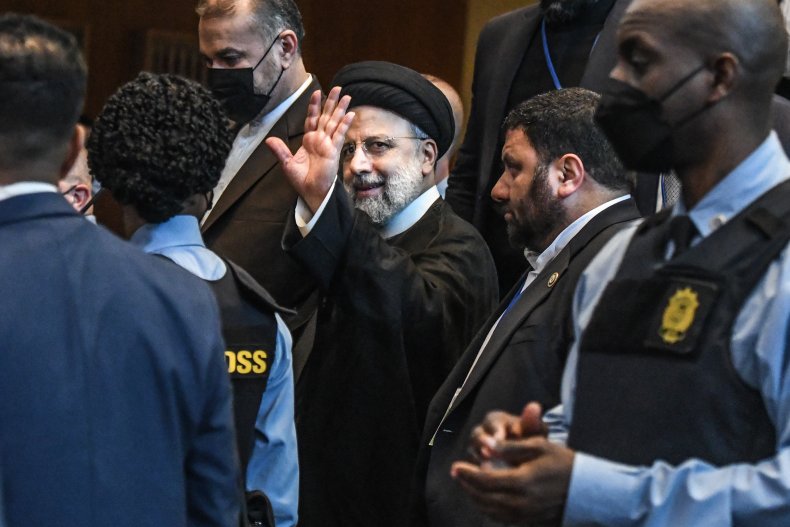 At a sideline press conference at the UN General Assembly on Thursday, Iranian President Ebrahim Raisi hailed his nation’s recent joining of the Shanghai Cooperation Organization (SCO) as an economic opportunity not only for the Islamic Republic itself, but for its neighbors to the east and west.

Responding to a question from Newsweek about the priorities and prospects of Iran not only pushing to boost relationships with China, Russia and other SCO states but also seeking to rebuild ties with Arab countries like Saudi Arabia and the United Arab Emirates, Raisi responded that “the SCO is an opportunity for the Islamic Republic of Iran and the Islamic Republic of Iran is an opportunity for the SCO.”

“We see the SCO having members that are Asian countries, of course, and this organization can connect various financial, economic and trade foundations in Asia — connect them closer together,” he added.

He said Thursday that this development “certainly has benefits for the Islamic Republic of Iran, which can unify our economy with theirs.”

“This is a great deal of trade volume, given the membership of countries like China, Russia and India in the SCO — other Central Asian countries are SCO members [as well],” Raisi said. “We believe that to be a very good opportunity to promote growth and economic and trade ties as well as other sectors.”

He said that part of what Iran had to offer was its unique geography and connectivity as the SCO’s first member in the Middle East.

He called Iran’s membership “a mutually beneficial opportunity both for the organization, by using connections and geographical opportunities that the Islamic Republic has from west to east, north to south,” and that “the Islamic Republic can also use these foundations that are already within the SCO to promote and expand upon trade and economic ties.”

“Thereby, I believe this will be a guarantor for future benefits and multilateral benefits,” he added.

Raisi expressed his gratitude to SCO states for their decision to admit Iran, and said his nation would take the opportunity to “extend that hand for collaboration and cooperation to east and west among our neighbors in order to fulfill that cooperation.”