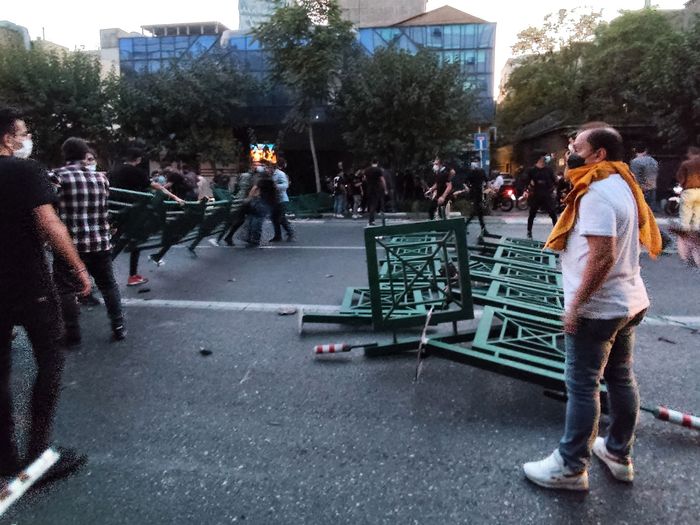 Iran restricted access to the Internet in large parts of the country on Thursday as authorities try to curb a women’s rights protest movement that has relied on social media to express dissent and rally support, while the U.S. imposed sanctions on Iran’s morality police.

The death of 22-year-old

As the protests spread, authorities on Thursday expanded their campaign to restrict access to the Internet, tightening blocks on platforms such as Instagram and WhatsApp, according to Netblocks, an internet observatory that monitors global traffic outages. Social media apps have been widely used to organize and share footage of the protests.

Internet access through the country’s largest cellular operators was heavily disrupted for several hours Thursday,  according to the Internet Outage Detection & Analysis project, or IODA, another internet monitor.

Authoritarian governments across the world are increasingly using the tactic of cutting people off from the global web, often to stop protests, censor speeches, control elections and silence people, human-rights advocates say. Iran accounted for five out of 23 shutdowns documented in the Middle East and North Africa last year, according to Access Now, a nonprofit that advocates for a free internet. Others within that list of 23 shutdowns included Sudan, Yemen and the Israeli-controlled Palestinian territories, for a variety of reasons including security.

Netblocks said the latest restrictions in Iran are the most severe since the November 2019 economic protests rocked the country.

The latest shutdown has affected the daily lives of millions of Iranians. Many in Tehran said they faced problems while trying to access services such as cash machines, online payments and car-sharing apps.