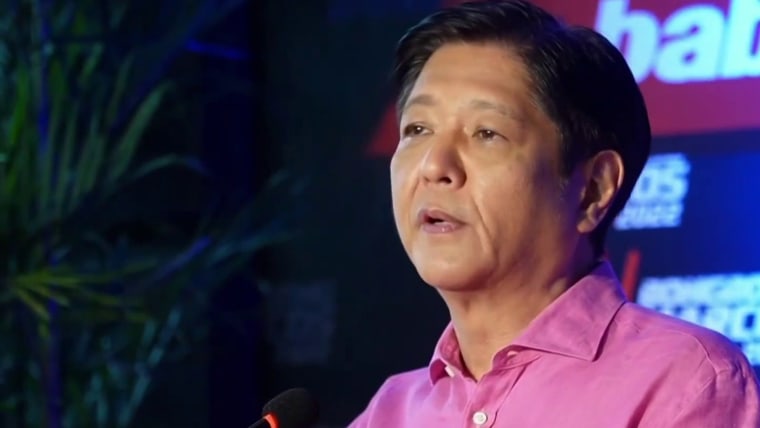 NEW YORK — President Joe Biden pledged on Thursday in his first face-to-face meeting with new Philippine President Ferdinand Marcos Jr. to work to strengthen relations with the Pacific nation after what he said had been some “rocky times” in the past.

Meeting on the sidelines of the U.N. General Assembly, the leaders discussed tensions in the South China Sea, the long-standing security relationship between the United States and the Philippines, stresses to the global economy and food security caused by Russia’s invasion of Ukraine, and other issues.

Biden also noted that the Philippines was among U.S. allies to quickly condemn the Russian invasion of Ukraine.

“We’ve had some rocky times, but the fact is it’s a critical, critical relationship, from our perspective. I hope you feel the same way,” Biden said at the start of the meeting.

The relationship hit bumps during the presidency of Marcos’ predecessor, Rodrigo Duterte.

Human rights groups say Duterte’s “war on drugs” resulted in thousands of extrajudicial killings. According to human rights groups, virtually all the killings, carried out by police and armed vigilantes, occurred without due process, and the vast majority of victims were unarmed, poor low-level offenders. The U.S. government has suspended counter-narcotics assistance to the Philippine National Police since 2016.

The White House said in a statement that the leaders discussed “the importance of respect for human rights.”

Thursday’s talks come amid heightened tensions between the U.S. and China over America’s Taiwan policy. The “One China” policy recognizes Beijing as the government of China but allows informal relations and defense ties with Taiwan. China claims the self-ruled island as its own.

Marcos, the son and namesake of the country’s former dictator, took office in June. He has said he wants to pursue closer ties with China, which has also sought to court him.

Biden has put a premium on improving relations with Pacific nations in the early going of his presidency. He sees a rising China as the most threatening economic and national security adversary to the United States.

Marcos underscored to Biden that the Philippines is “your partners, we are your allies, we are your friends.” He also thanked the U.S. for its “massive” assistance during the pandemic, including sharing Covid-19 vaccines, and for its role in ensuring peace and stability in the Indo-Pacific.

“The role of the United…