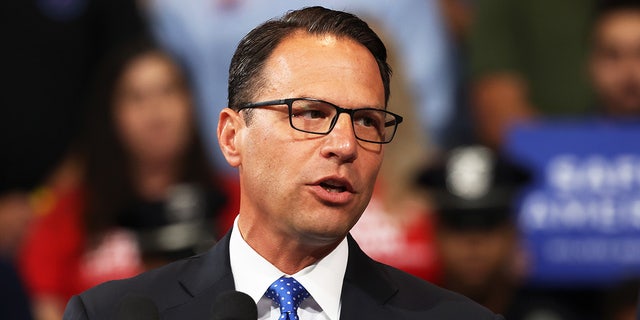 Pennsylvania Democratic gubernatorial candidate Josh Shapiro is stressing the need for safety in the commonwealth and insists abortion will play a factor in the state’s upcoming midterm election.

Speaking to Fox News Digital in an interview on Wednesday, Shapiro, the current attorney general in Pennsylvania, outlined the motives behind his campaign and said that his travels throughout the state have taught him that voters are concerned about safety, the economy and their child’s education.

“I travel all across Pennsylvania, rural, urban, suburban districts,” Shapiro said. “I hear about folks wanting to make sure their kids get a good quality education, their communities are safe, that we can actually grow our economy and cut costs, and that we can protect our fundamental freedoms, whether it’s the right to vote or the right to be able to make decisions over your own body.”

In response to statistics from Pennsylvania’s Uniform Crime Reporting System that revealed murder and non-negligent homicide increased nearly 38% in Pennsylvania from 2017 to 2021, Shapiro said that if he is elected he will hire thousands of police officers to safeguard communities in the state because a lot of areas in the state “don’t have adequate policing.”

“First and foremost, the good people of Pennsylvania have a right to both be safe in their communities and also to feel safe in their communities,” Shapiro said. “We have a number of ways we’re going to do that. First, as governor, I am going to hire more than 2,000 police officers for the Commonwealth. We have too many areas that don’t have adequate policing,” he said.

“Look, law enforcement trusts me to get the job done,” he asserted.

“We also have to acknowledge that in order to address some of this violence, you got to make underlying investments in things like mental health and poverty, create more jobs and invest in our infrastructure,” he added. “Those are things that are also going to help us mitigate some of these safety issues. But the bottom line here is we need to make sure that we have adequate law enforcement in our communities.”

Regarding abortion and what role it will play as voters…