‘My Name Is Unpronounceable, The View’s Attack on Nikki Haley Was Shameful’ 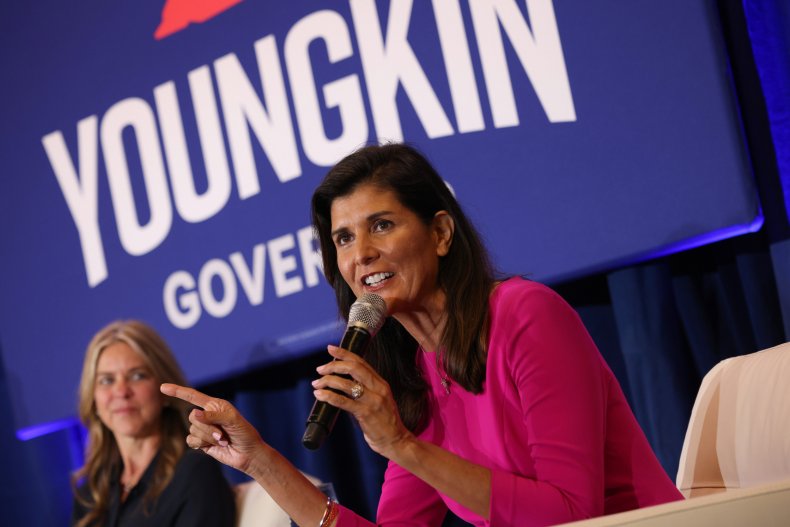 I’ve been called a lot of names. Nachos. Nakama. NotYourMama. These were not mean-spirited but the inevitable result of having a thoroughly unfamiliar, unpronounceable name.

Nachama (also spelled Nechama) is a fairly common Hebrew name that means comfort. It derives from the same linguistic source as more-famous Hebrew names like Menachem and Nechemia (Nehemia in English).

I’m not complaining. I was named after my maternal grandmother; an incredible woman, who escaped the Nazis via Shanghai and built a new life for herself in America. I never met my grandmother, and my name holds a lot of emotional meaning.

And it’s certainly a conversation starter. People often ask where it comes from and what it means. Another benefit: I don’t have to give my last name when I introduce myself—like Beyonce or Madonna—because I know I’ll be the only Nachama in the room.

But I understand the pronunciation landmine that plagues public figures like Nikki Haley—especially in this era where everything is grounds for a political attack.

The former South Carolina governor and UN ambassador—and I’m glad to say a client of mine—is a proud daughter of Indian immigrants. She references her upbringing in speeches and social media all the time. She talks openly about both the difficulties growing up as an outsider in this country, as well as the blessings America has offered her family.

None of that stops people on both the left and the right from attacking her for not using her first name, Nimrata. On September 20, The View‘s Sunny Hostin—who, ironically, does not go by her own birth name—attacked Haley for being “a chameleon” who shed her first name.

“There are some of us that can be chameleons and decide not to embrace our ethnicity,” she said.

Meanwhile, racist trolls on the right often use “Nimrata” to try to paint Nikki as un-American. All of these people should have done their research. It turns out, “Nikki” is Nikki’s given name. It is a Punjabi name meaning “little one” and is listed on her birth certificate. Nikki is the name she has gone by since she was a little girl—long before any political aspirations.

But even if it wasn’t, even if she chose a nickname to make her life a little easier, I can’t help but wonder: Who cares?

I work in a public role as a political…