Norway’s prime minister on Ukraine: ‘The war has to stop’ 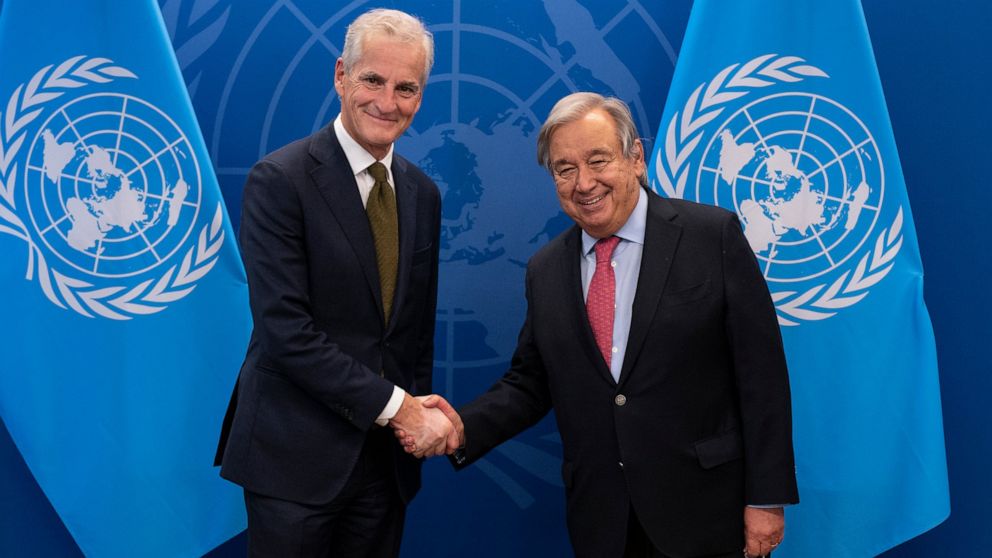 UNITED NATIONS — Norway’s prime minister, Jonas Gahr Støre, believes the world — with one notable holdout — is on the same page: “The war has to stop.”

“I heard it from China. I heard it from India. I heard it from African colleagues. And I think that’s an important message because Russia has tried to say ‘No, there are different views,’” Støre told The Associated Press on Thursday, following the morning’s U.N. Security Council meeting. “And of course, countries word their opinions in different ways. But in this there has been consistency. The war has to stop.”

As a NATO member whose border with Russia stretches well over 100 miles (just under 200 kilometers), Norway’s geographical and geopolitical location has proved relevant in the context of the crisis. It’s also an elected member of the Security Council.

Støre had a blunt assessment of the way Russian President Vladimir Putin has tried to justify Russia’s actions.

“The narrative of President Putin when he is giving a reason for mobilizing and for continuing the war, I believe that narrative is false. It is not true,” Støre told the AP. “I mean, it’s based on Russia being under threat, pressure, being under some kind of attack by the West. I am a prime minister in a NATO country and bordering Russia, a European country, I belong to the West or whatever you may call it, but this is simply not true.”

Støre does not believe Russia poses a threat to Norway’s own territorial integrity, but labeled the aggression “unacceptable.” He also censured Russian Foreign Minister Sergey Lavrov’s late arrival and early departure from the meeting.

“He chose not to listen to any of the interventions. He spoke and he left after he had spoken, which is, to me, a sign of, in a way, insecurity,” he said.

Since the war’s outbreak, Norway has supplanted Russia as Europe’s biggest supplier of natural gas. Norway has thus far resisted the European Union’s demand for gas price caps, with Støre telling the AP that the limits “would not resolve the fundamental issue, which is that there is a shortage of gas.”

Støre is a proponent of renewable energy sources, particularly offshore wind farms, and thinks that the conflict-driven energy crisis might accelerate the shift — “paradoxically, it will help.”

Norway is a founding member of NATO and within the Schengen Area, but it is not a member of the European Union. While Støre’s party supports accession, the prospect has long…