Opinion: How ‘Abbott Elementary’ became more than a hit 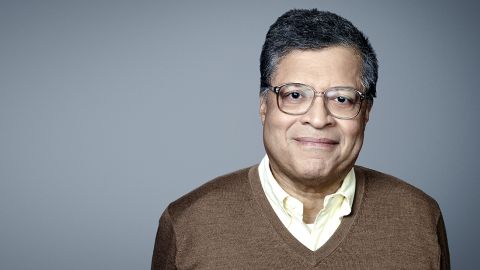 Editor’s Note: Gene Seymour is a critic who has written about music, movies and culture for The New York Times, Newsday, Entertainment Weekly and The Washington Post. Follow him on Twitter @GeneSeymour. The opinions expressed in this commentary are solely those of the author. View more opinion on CNN.

Wednesday night’s second season premiere of “Abbott Elementary” seemed a little … I don’t know what word works best … Flashier? Extravagant? Whatever it was, it was more than what I’d been accustomed to expect from this modestly-apportioned chronicle of a fiscally challenged elementary school in South Philadelphia.

Such, I suppose, are the spoils of success. It’s what happens when a warmhearted, craftily intelligent prime-time sitcom manages in a year’s time to become one of the few broadcast-network series (in this era of streaming channels and cable blockbusters) to nail down both critical and popular acclaim – along with three Emmys.

Still, as with the school’s doughty, dorky and aggressively earnest second-year teacher Janine Teagues (the show’s Emmy-winning creator-producer star Quinta Brunson), the new season opener took me aback with the crowded tailgating barbecue in the school parking lot the week before the school year started.

Was there a game that day? Did it matter? Not to Ava Coleman (Janelle James), the school’s narcissistic, absurdly underqualified principal, who was in the middle of it all with full Eagles regalia and her customary obliviousness.

Also: how in the name of Philadelphia Flyers hockey legend Bobby Clarke did this show get Gritty, the giant orange whatchamacallit who is the Flyers mascot, as its opening night guest star?

Could this be an acknowledgment that “Abbott Elementary” has become not just a exemplar of contemporary television, but a landmark of its city of origin? Like the Reading Terminal, the Liberty Bell, the statues of both William Penn and Rocky Balboa and the lovable, if unkempt cheesesteak?

If so, the show has earned its stature – and then some.

From the pilot episode that first aired last December (the one that Brunson won the Emmy for comedy scriptwriting), a savory…