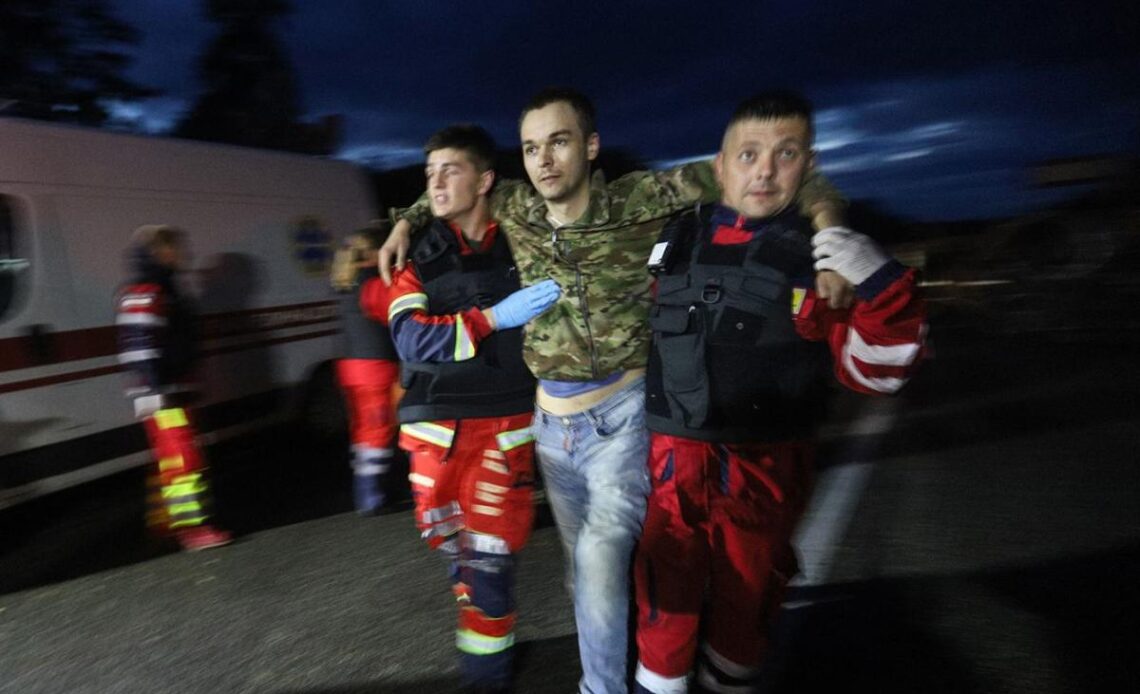 (Bloomberg) — Ukraine sealed a major prisoner swap with Russia, an exchange that included handing over a key ally of President Vladimir Putin in return for leading defenders of Mariupol under a deal facilitated in part by Turkey and Saudi Arabia.

Putin’s order to call up as many as 300,000 reservists to fight in Ukraine triggered protests around the country, the biggest since the early days of the war. Turkey’s president urged the United Nations to do more to push for a peace deal.

President Joe Biden excoriated Putin for making “overt nuclear threats” to Europe as the Russian leader escalated his war in Ukraine with the partial mobilization and vowed to annex territory. The G-7 followed up Thursday with similar commentary, including condemnation of Russia’s planned “sham referenda” in occupied Ukraine.

(See RSAN on the Bloomberg Terminal for the Russian Sanctions Dashboard.)

Nearly seven months into the war, Russia declared a “partial mobilization” calling up 300,000 reservists in a major escalation of its flagging invasion of Ukraine. Ukrainian forces conducted strikes north and east of the city of Kherson against Russian logistics, military, and transportation assets in the Kherson region, according to the latest report from the Washington-based Institute for the Study of War. Russia hit Mykolayiv and Zaporizhzhia with 18 rockets early this morning, according to the Mykolayiv region’s governor and Zelenskiy’s office. No casualties were reported.

Putin’s mobilization of as many as 300,000 reservists won’t happen quickly and won’t solve problems of morale and weak command that have hobbled Russian troops in Ukraine, according to the Pentagon.

“It would take time for Russia to train and prepare and equip these forces,” Brigadier General Pat Ryder, the Defense Department’s spokesman, told reporters at the Pentagon. “While in many ways this may address a manpower issue for Russia, what is not…