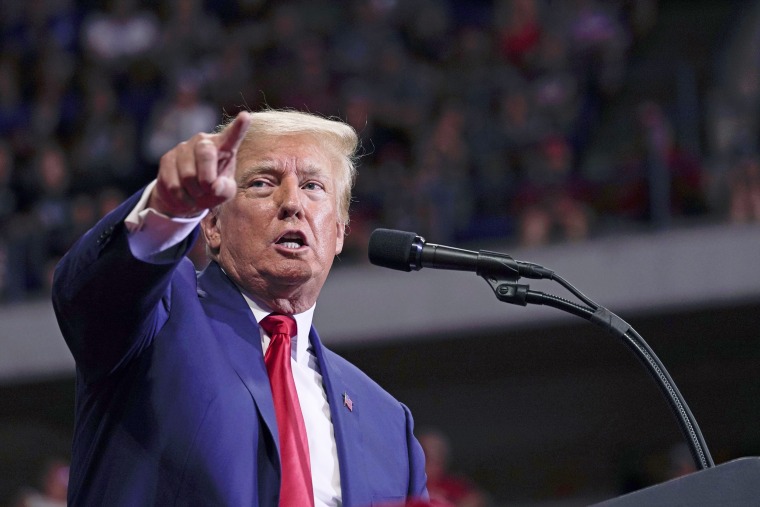 The special master appointed to review documents federal agents seized at Donald Trump’s Florida estate has given the former president until Friday of next week to back up his allegation that the FBI planted evidence in the search on Aug. 8.

After the FBI search of his Mar-a-Lago resort in Palm Beach, Trump and his lawyers have publicly insinuated on multiple occasions without providing evidence that agents planted evidence during the search. “Planting information anyone?” Trump wrote on his Truth Social platform Aug. 12.

In a filing Thursday, Senior U.S. District Judge Raymond J. Dearie of New York, the court-appointed special master, ordered the government to turn over copies of all non-classified items seized in the case to Trump’s lawyers by Monday.

He then ordered Trump’s team to submit a “declaration or affidavit” of any items in the inventory that were removed from Mar-a-Lago that the “Plaintiff asserts were not seized from the Premises,” meaning items that were put there by someone else.

Dearie also asked Trump’s lawyers to identify any items that were seized by agents but not listed in the inventory. “This submission shall be Plaintiff’s final opportunity to raise any factual dispute as to the completeness and accuracy of the Detailed Property Inventory,” he wrote.

Both sides were ordered to appear for a status conference on Oct. 6.

The ruling was not the first time that Dearie — whom Trump’s team had proposed for the role of special master — has pressed the former president’s lawyers for details about their allegations.

Dearie previously asked Trump’s attorneys for more information about which of the over 100 sensitive documents federal agents found at his country club might have been declassified.

While Trump has claimed in statements to the public that he could declassify materials just by thinking about it, his lawyers’ arguments in court have been narrower. In filings, they have suggested that at least some of the White House documents that he took to Mar-a-Lago had been declassified, but they have never actually asserted that was the case.

Trump’s attorneys told the judge in a letter Monday that they did not want to disclose that information yet because it could force them to prematurely “disclose a defense to the merits of any subsequent indictment.”

That issue became irrelevant Wednesday, when a federal appeals…