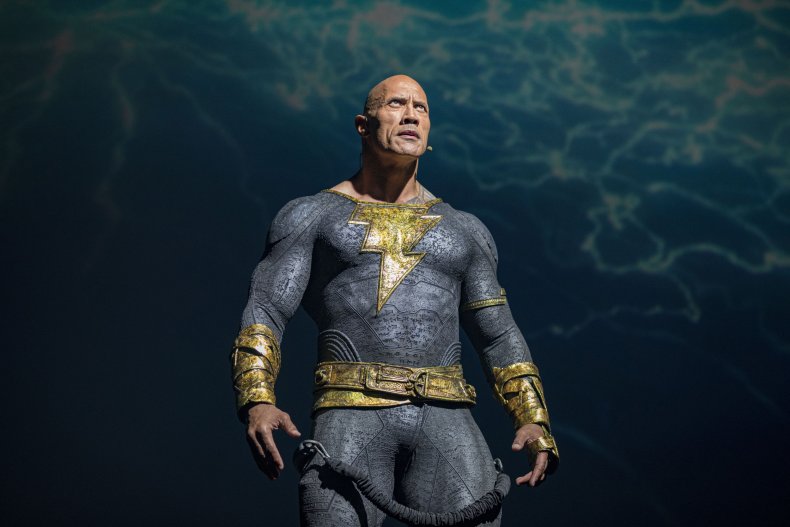 Dwayne “The Rock” Johnson on Wednesday shared a new version of a trailer for his upcoming superhero film, Black Adam after fans complained of an earlier take that contained footage from director Joss Whedon’s much-maligned Justice League.

“Corrected,” Johnson wrote at the beginning of his tweet to acknowledge the new edit.

Whedon has come under fire in recent years following allegations of misconduct from his ex-wife and former film cast and crew members. Before those claims were made public, though, he took over the filming of DC’s Justice League from director Zack Snyder. Many fans were not happy with the results of Whedon’s 2017 film, though, whereas the “Snyder’s Cut” of Justice League received accolades from many when it was eventually released on HBO Max in 2021.

Soon after Warner Bros. released a Black Adam trailer featuring a scene with Whedon’s version of the villain Steppenwolf from his Justice League, social media became flooded with complaints.

On Wednesday night, Johnson posted the new version of the trailer that had Whedon’s version of Steppenwolf omitted. The rest of the trailer remains the same, including appearances of popular characters from the DC Extended Universe, such as Harley Quinn, Wonder Woman and Superman.

Many social media users credited Johnson directly for the revision, with some people referencing one of his wrestling nicknames from his time at WWE, “the people’s champion.”

“Mad respect to@TheRock for his speedy response. Most people wouldn’t have paid any attention to the online discourse. He’s the real people’s champ,” wrote a Twitter user.

“This ad really got yanked off of Twitter and YouTube just so that one shot of footage from Joss Whedon’s JUSTICE LEAGUE would be removed. If there was any doubt that The Rock is NOT playing around in wanting all of us to go see #BlackAdam, those doubts are now gone,” one person on Twitter observed.

“Because @TheRock listens to his fans. Let’s go!!! Get that Whedon crap out here. #BlackAdam maybe back on the table as a day one theatrical experience. Just because he listened,” said another.