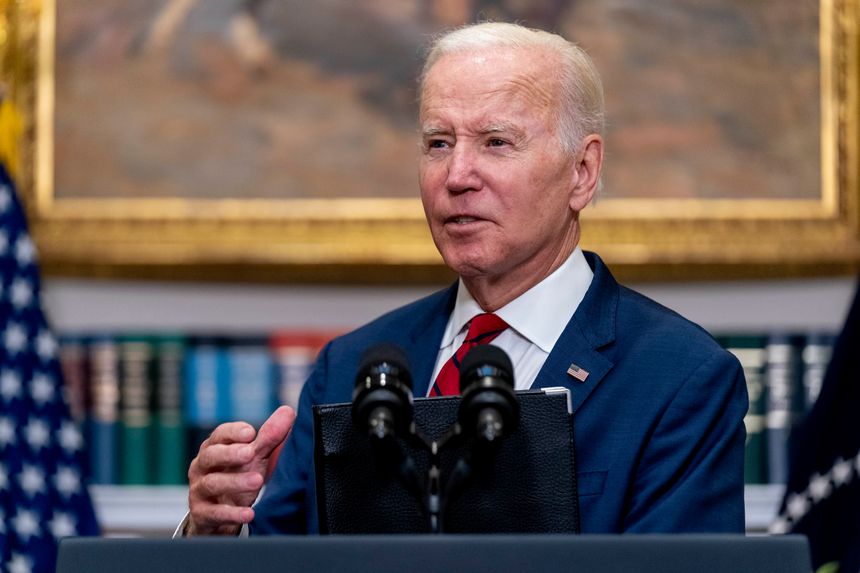 It wouldn’t be an election cycle without a bill to limit political speech, and Democrats are right on time. On Monday New York Sen.

brought back the Disclose Act to rid campaigns of the “evil scourge of dark money.”

The bill is sponsored by Rhode Island Sen.

which gives away that this is about squelching political opponents. It would require groups that talk about political issues to disclose donors who contribute more than $10,000 in a two-year cycle. Any group that does issue advocacy and mentions a candidate would be covered, and that would include any mention of a federal judicial nominee.

In remarks Tuesday supporting the bill, President Biden called out a mysterious “conservative activist who spent . . . decades working to put enough conservative justices on the Supreme Court to overturn Roe v. Wade” and now has $1.6 billion to “restrict more freedoms.”

Mr. Biden is referring to

former executive vice president of the Federalist Society who now runs the Marble Freedom Trust, which funds conservative groups. The donation was from Chicago businessman

but neither Mr. Leo nor the donation are secret. Conservative activism on judicial issues is no different than that of

and any number of figures on the left who spend lavishly to influence politics.

The left-wing counterpart to Mr. Leo’s group is Arabella Advisors, which funds among many other groups Demand Justice, which lobbies for Democrats to pack the Supreme Court. Funny, Mr. Biden didn’t mention that.