Trump claims presidents can declassify documents “even by thinking about it” 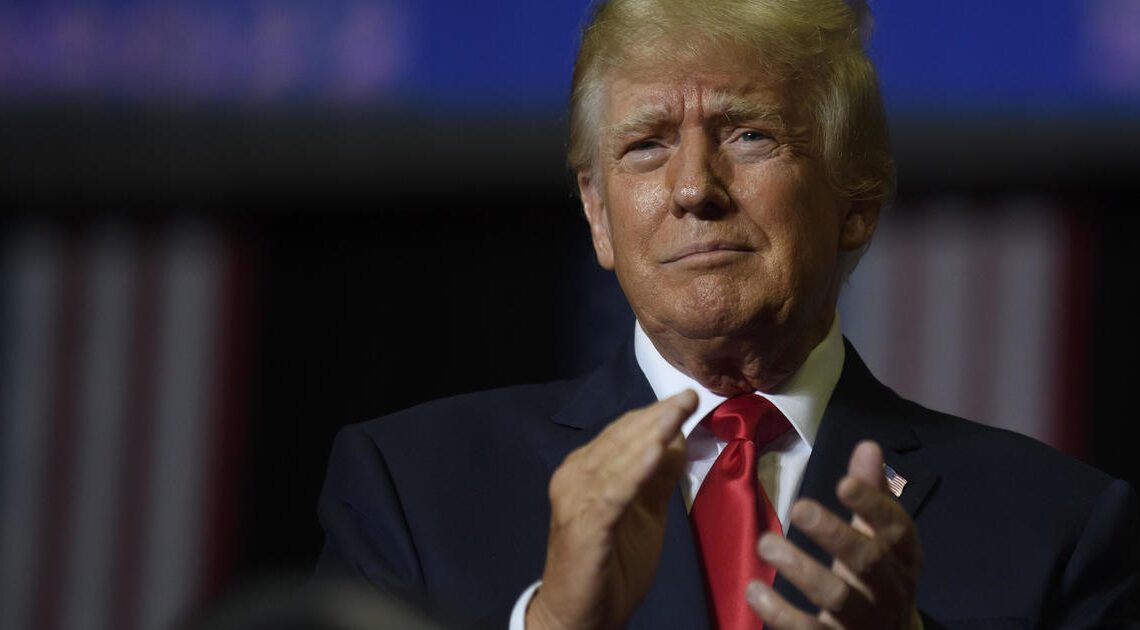 Presidents can declassify documents “even by thinking about it,” former President Trump claimed in an interview with Fox News’ Sean Hannity that aired Wednesday night.

The ex-president has insisted the scores of documents with classification markers the FBI discovered at Mar-a-Lago were actually declassified. But Trump’s attorneys have resisted a request for information from special master Raymond Dearie, the independent arbiter tasked with inspecting the seized documents, about whether those records were in fact declassified by the former president. Trump’s lawyers argued in a letter to Dearie Monday that such a disclosure went beyond District Judge Aileen Cannon’s order and could be part of Trump’s defense, if he is indicted in the future.

But Dearie said that if Trump’s lawyers won’t affirm the records have been declassified, and the Justice Department makes a legitimate case that they remain classified, then “as far as I’m concerned, that’s the end of it.” And on Wednesday night, Trump’s team was dealt another blow when a federal appeals court granted a request from the Justice Department to allow investigators to regain access to the roughly 100 documents with classification marks that were seized by the FBI.

In Trump’s interview on “Hannity,” recorded before the appeals court ruling, Trump claimed he had “declassified everything,” and presidents can do so just by “thinking about it.”

Presidents do have sweeping authority to declassify records, but there is a process that is normally followed.

Generally, a president’s instructions to declassify documents are first written down in a memo, typically drafted by White House lawyers, which the president would then sign. Relevant agencies are usually then consulted and when a final decision is made, the document would be marked, with its old classification level…