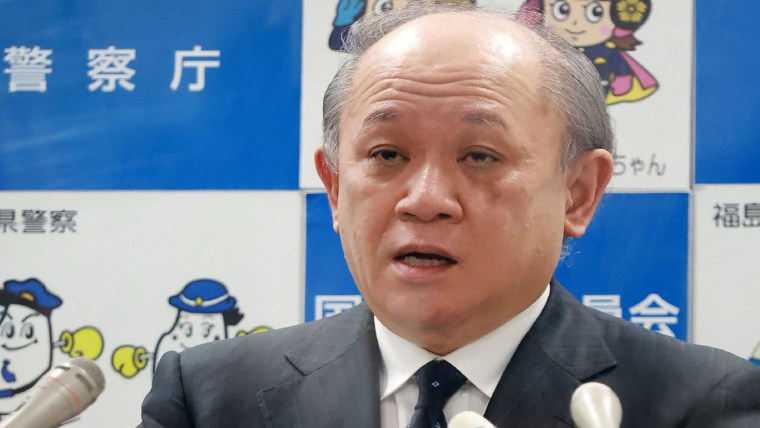 TOKYO — The Unification Church, whose close ties with Japan’s governing party have emerged after the assassination of former Prime Minister Shinzo Abe, acknowledged Thursday that it had accepted “excessive” donations from the suspect’s mother, and that it would need to consider seriously if that led to the killing.

Abe was shot to death during an outdoor campaign speech in July. The suspect, Tetsuya Yamagami, told police he killed Abe because of his apparent link to a religious group he hated. A letter and social media postings attributed to him said his mother’s large donations to the church bankrupted his family and ruined his life.

Hideyuki Teshigawara, a senior official at the church, which is now called the Family Federation for World Peace and Unification, said at a news conference that he was “deeply saddened” to hear Yamagami had told police that his anger toward the church led to the attack.

Teshigawara said he is leading reforms in the church to ensure its recruitment and donations are not forced or harmful to followers or their families.

The church has acknowledged that Yamagami’s mother donated more than 100 million yen ($700,000), including life insurance and real estate, to the group. It said it later returned about half at the request of the suspect’s uncle.

A church lawyer, Nobuya Fukumoto, said he considers the donations by Yamagami’s mother “excessive,” and that “we have to take it seriously if that tormented (the suspect) and led to the outcome.”

The police investigation of Abe’s killing led to revelations of widespread ties between the governing Liberal Democratic Party, including Abe, and the South Korea-based church over their shared interests in conservative causes.

An LDP survey found nearly half of its lawmakers had ties to the church. Current Prime Minister Fumio Kishida has pledged to cut all such ties, but many Japanese want a further explanation of how the church may have influenced party policies.

Kishida has come under fire over his handling of the church controversy as well as for pushing plans for a state funeral for Abe, and support ratings for his government have nosedived. Abe is one of Japan’s most divisive leaders, and plans for the state funeral next Tuesday have become increasingly unpopular as more details have emerged about the party’s and Abe’s links to the church.

On Wednesday, a man set himself on fire near the prime minister’s office in Tokyo in an apparent protest against the…