A piece of metal was pulled out of his arm with rusty pliers: update on recently released marine Mykhailo Dianov 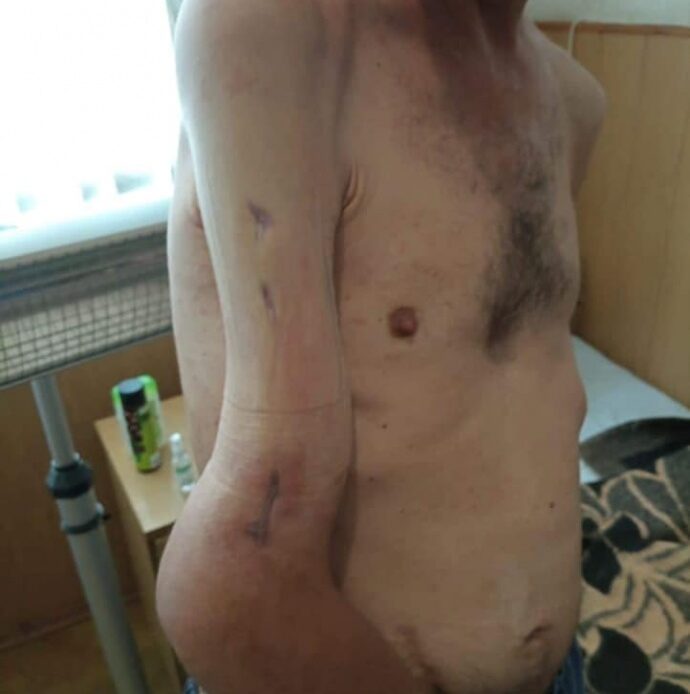 Details have emerged about the state of health of Mykhailo Dianov, a soldier who served in the 36th Separate Marine Brigade of the Armed Forces of Ukraine and was recently released from Russian captivity.

The 42-year-old soldier was depicted with a wounded arm in one of the famous photographs taken by Dmytro “Orest” Kozatsky.

Mykhailo Dianov defended Mariupol and was wounded in the arm, but after leaving Azovstal, he did not receive proper medical care in captivity.

Violetta Kirtoka, a journalist with Censor.Net, posted a photograph of his injured arm, and Mykhailo’s sister, Alona Lavrushko, confirmed that the photo is indeed of her brother.

Mykhailo’s sister told Ukrainska Pravda.Zhyttia about the lack of medical treatment in captivity and the soldier’s current bill of health.

“His physical condition is serious, of course. But mentally… Mykhailo is very strong. He is extremely happy that he is back. He says, ‘I am walking and breathing clean, free air.’

Now the main thing is to get him back on his feet,” Alona says.

Mykhailo was released from Russian captivity on 21 September along with 214 defenders of Mariupol.

Mykhailo was picked up from the Chernihiv region, where the prisoner swap took place. He is currently in the Kyiv Military Hospital.

“The doctor in the military hospital has taken a look at him. They’re not going to operate on him just yet; he needs to gain some weight first.

That’s the main thing, because he can’t be operated on in his condition. It could be dangerous for his health. So he has to recover now and gain strength,” says Alona. 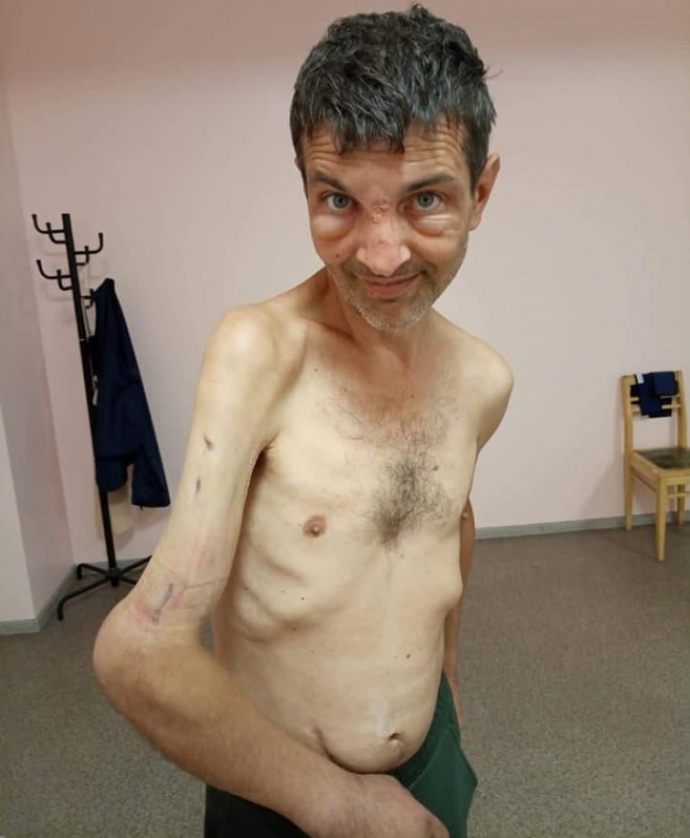 Once he has recovered, Mykhailo has to have surgery on his arm, which is missing 4 cm of bone.

“He has a problem with his arm: there may be an abscess. Next he needs to have surgery to insert a plate on the bone, because he is missing 4 cm of bone in his arm and all this needs to be corrected,” she explains.

In the occupied territories, Mykhailo, like many other wounded people, was not provided with proper medical care.

“They pulled out the object lodged in his arm without anaesthesic, without anything – using rusty pliers.

They pulled that metal out of his arm with pliers…That was the kind of help our guys were getting,” Mykhailo’s sister says. 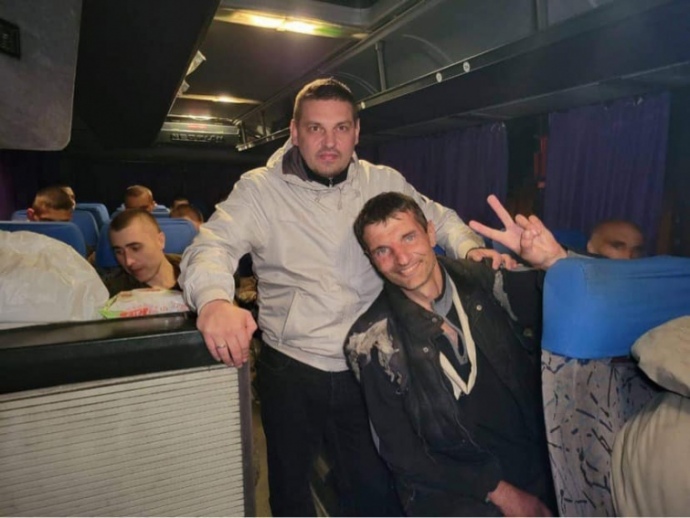