Air Force shoots down Iranian multipurpose UAV over the sea 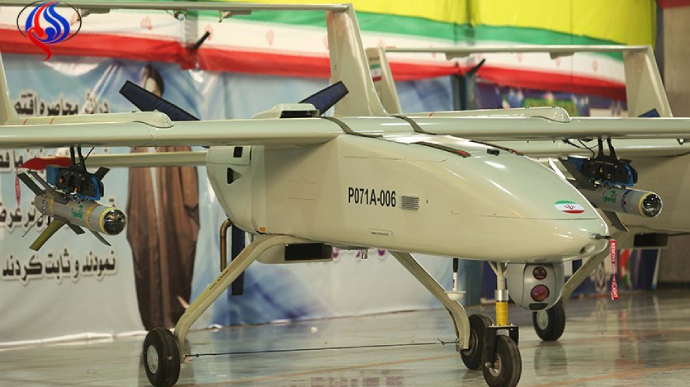 Source: Press Centre for the Air Force Command of the Armed Forces of Ukraine; its spokesperson Yurii Ihnat in a comment to Ukrainska Pravda

Quote: “On 23 September, anti-aircraft gunners of the Operational Command Pivden (South) of the Armed Forces of Ukraine shot Mohajer-6, a multipurpose UAV of Iranian production, for the first time in Ukraine. This UAV is designed to conduct reconnaissance missions, observe, and strike.”

Details: A video posted by the Air Force Command of the Armed Forces of Ukraine shows how Ukrainian defenders hit the UAV used by Russia.

In comparison with Iranian kamikaze drones Shahed-136 that carry weapons [40 kg of explosive – ed.], this UAV can carry up to four high precision munitions. Production of this drone started in 2017.

Ihnat pointed out in a comment to Ukrainska Pravda that Russia has recently reduced the use of intelligence drones, and they have been using attack drones produced by Iran.