Bipartisan Agreement: U.S. Is the Best 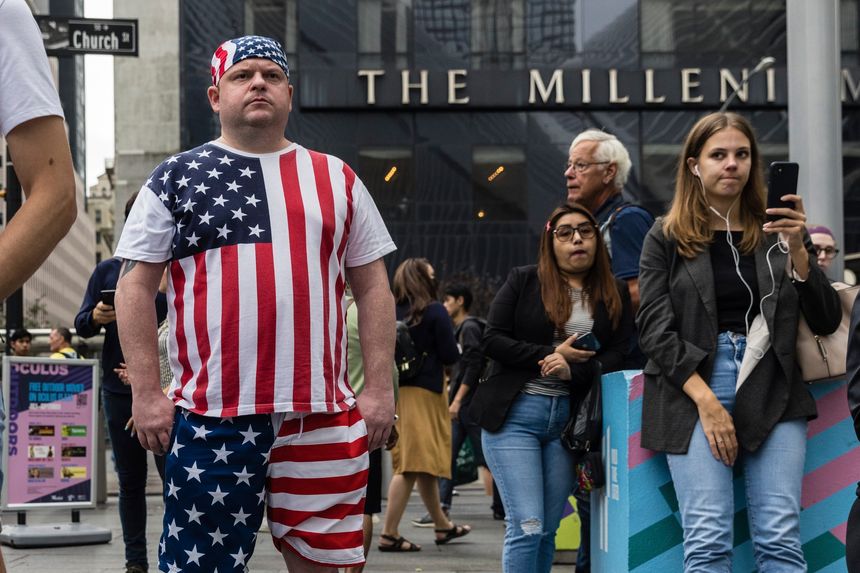 This column is still waiting for someone to name a great civilization built by progressive leftists. But just because the wokesters don’t create anything of enduring value, that doesn’t mean they aren’t highly competent when it comes to transmitting their grievances via modern media. In fact, so successful have they been in promoting the false idea that America is an unjust society that these days one can feel almost subversive expressing unapologetically patriotic views.

So it’s nice to get a regular reality check. The latest to arrive is a Wall Street Journal poll showing a solid majority of Democrats, Republicans and independents who understand that we live in an exceptional meritocracy. Yes, it’s important to note the usual caveat that polling is not an exact science, if it’s even a science. But these results appear to be well outside the margin of error.

Specifically, the survey found that a full 74% of participants agreed with the following statement:

America is the greatest country in the world.

Not just above average, not just great, but the greatest.

According to the WSJ survey results, nearly as many people also think that the right to rise is alive and well in the U.S. A sturdy 68% of respondents agreed with the following statement:

If people work hard, they are likely to get ahead in America.

Some readers may be distressed that the number isn’t even higher. Still, given the number of voluble politicos and pundits who’ve spent so much of the last several years claiming that U.S. society is rigged and racist, it’s notable how decisively they have failed to persuade. The logical conclusion is that the progressive left’s critique of the free society doesn’t square with the experience of people who live in it.

Perhaps patriotic Americans are just too numerous to cancel!