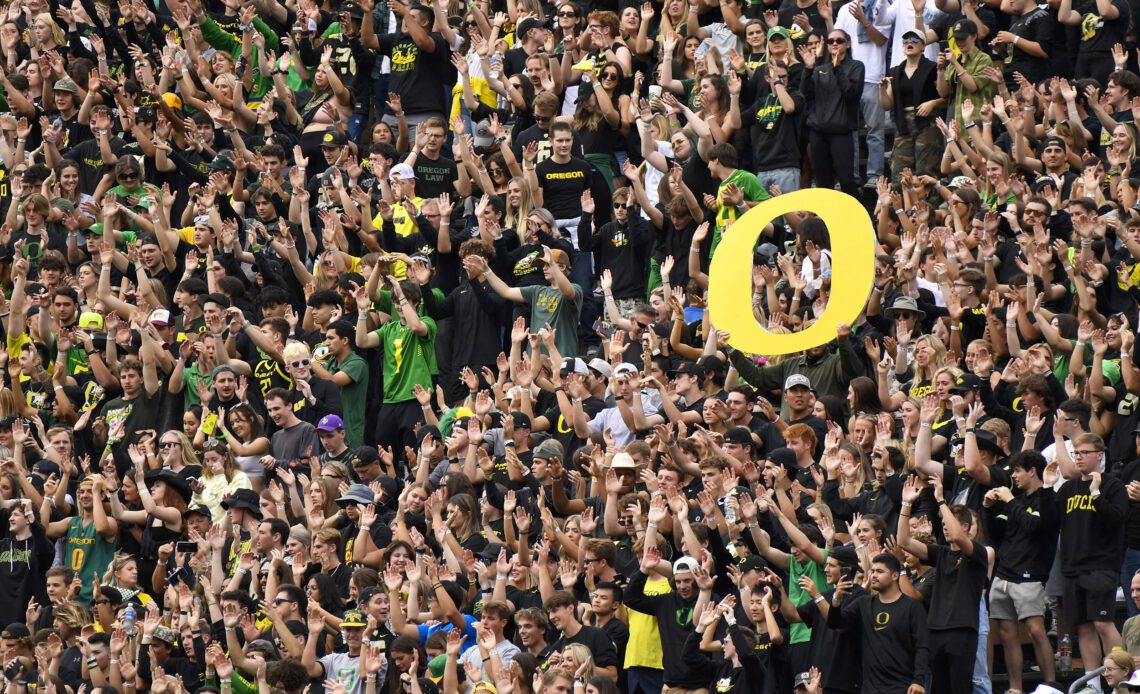 In an era of high-minded inclusivity, it’s worth pausing to wonder how a crowd of people — strangers even — could feel comfortable chanting “F— the Mormons” in unison, again and again, over the course of a three-hour sporting event. The fact that such a circumstance has occurred not once but twice at different Pac-12 college football stadiums in recent years raises yet another question: Why isn’t more being done to stop it?

On Saturday, a college football fan, who has been identified only as Aubrey, traveled from the East Coast to Eugene, Oregon, to watch her alma mater, Brigham Young University, face off against the Oregon Ducks. BYU lost, 41-20, but it wasn’t the scoreboard that soured Aubrey’s experience. During the game, she said, the crowd nearby began chanting “F— the Mormons.” Over and over.

As a member of The Church of Jesus Christ of Latter-day Saints, BYU’s sponsoring institution, Aubrey wanted the chanting to stop. But she also didn’t want to make matters worse by confronting a rowdy crowd. According to the account she shared with NBC affiliate KSL of Salt Lake City, it was only after the chanting started up for a third time that she took out her phone and began recording, hoping the Oregon fans would take notice and cease.

Eventually she spoke with a stadium staff member who was rightly upset about the chanting, though it’s not clear what, if any, action was taken. Before that, she said, the first stadium worker she approached shrugged it off. “He apparently thought it was funny,” she surmised.

Certainly, there’s something to be said for being good-humored, not taking yourself too seriously and laughing off trivial offenses — we all know about sticks and stones. Latter-day Saints have a fair track record when it comes to cheek-turning.

Both schools should be applauded for publicly condemning these chants, and I don’t doubt the sincerity of the apologies. But I also think it’s reasonable to expect schools to do more.

The church, for example, was praised for its cool-headed response to “The Book of Mormon.” The musical by the creators of “South Park,” an animated TV show that had ridiculed the religion, enthralls Broadway audiences to this day with a mix of impiety and misinformation. (It may be news to the comically earnest lead in the musical — “Elder Price” — but God’s plan doesn’t, in fact, involve your getting your “own planet.”)