Crimeans are urged to protest and evade Russian mobilisation 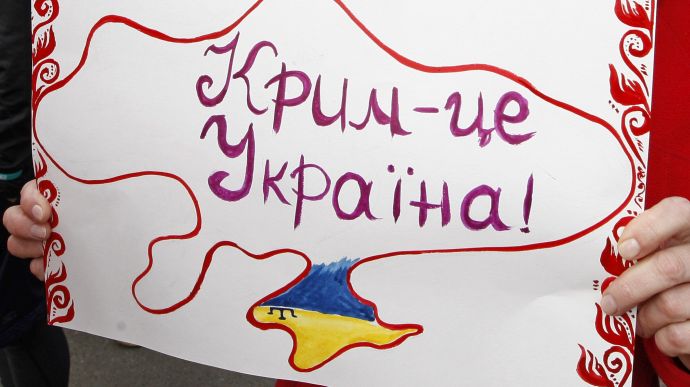 The President of Ukraine’s representative in Crimea is urging residents of the Russian-occupied peninsula to evade mobilisation or surrender into captivity, while the Mejlis [representative body] of the Crimean Tatar people is calling for an ongoing protest.

Source: the president’s representative in Crimea; an appeal by the praesidium of the Mejlis of the Crimean Tatar people, posted on Refat Chubarov’s Facebook page

Details: The president’s representative noted that Russian mobilisation will primarily affect people living in the temporarily occupied territories, particularly Crimea, and reports of mobilisation notices being handed out en masse are already coming in from various parts of the occupied peninsula.

The Ukrainian president’s representative in Crimea has developed an algorithm of actions for Ukrainian citizens in Crimea and the city of Sevastopol, which may help them to “avoid ending up as cannon fodder for the empire”. At the same time, they are advised to act carefully and weigh up the risks at each stage.

People are advised to hide, “go missing”, and sabotage the Russian army draft in every way: to avoid being personally served with mobilisation notices or taking phone calls from the occupying “military enlistment offices”; to delete apps that provide administrative services or “lose” their smartphone; and if possible, to leave the occupied peninsula for another country, or leave their place of residence and keep their location quiet.

Those who have been issued with a mobilisation notice are advised not to go to the enlistment office. “Try to ‘go missing’ again, fall sick, or disappear. An administrative offence and a fine (500-3,000 roubles, an estimated U$9-52) are a very small price to pay compared with becoming ‘cannon fodder’ for the Russian Federation and dying on the battlefield,” the message says.

The president’s representative also urges Crimeans to check the list of illnesses or injuries which will allow them to avoid mobilisation, or at least postpone it, under Russian law.

Those who are contacted by the occupying administration (visited at their home, telephoned, or approached in the street) are advised not to refuse to fulfil their so-called “military duty” during the conversation, but to give reasons why they cannot come to the enlistment office or serve at this time. For…