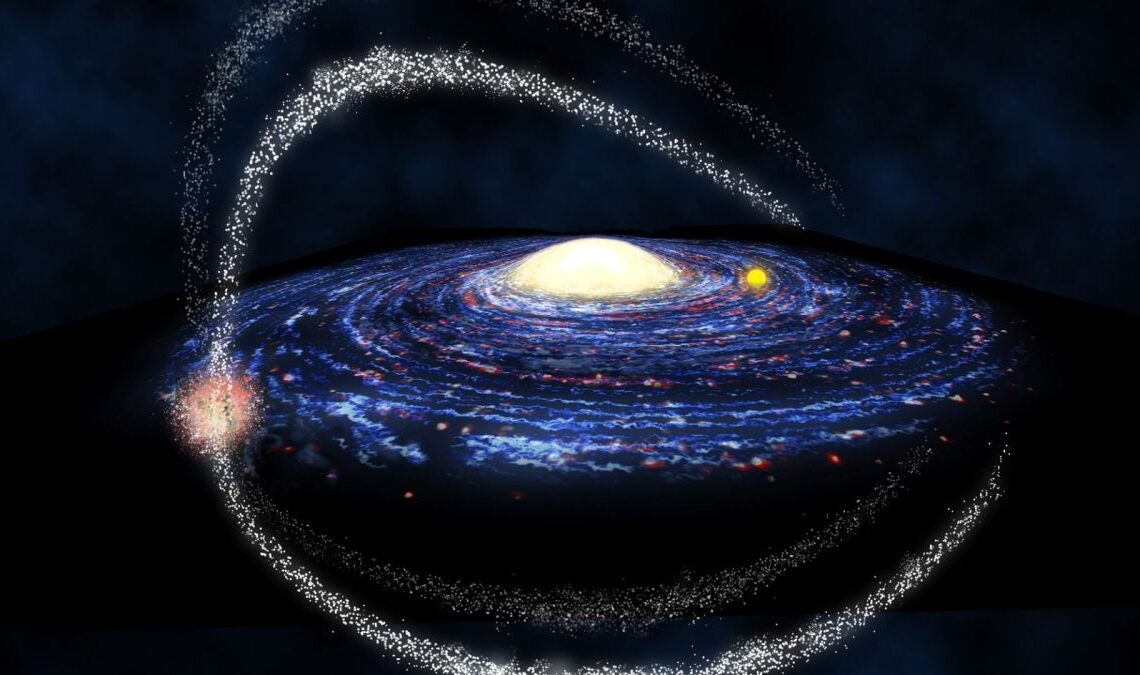 Mysterious ultrabright gamma-ray emissions in the giant bubbles blown out by our galaxy may finally have an explanation.

Researchers used data from the Gaia and Fermi space telescopes to search through the Fermi bubbles, a pair of colossal hourglass-shaped bubbles that extend from the poles of the Milky Way and span 50,000 light-years, to trace the source of the very bright gamma-ray emission spots.

They discovered that one of the brightest of these spots, dubbed the “Fermi cocoon,” located in the southern bubble, was caused by emissions from rapidly spinning dead stars called pulsars in the Milky Way’s satellite galaxy Sagittarius. The finding could shed light on how these collapsed dead stars act as cosmic particle accelerators, blasting out high-energy particles that go on to cause gamma-ray emissions.

Related: Astronomers spot the brightest intergalactic pulsar yet beyond the Milky Way

The Sagittarius dwarf satellite galaxy is viewed from Earth through the Fermi bubbles and is marked by elongated streams of gas and stars that were ripped from the galaxy’s core as its tight orbit threaded it through the disk of the Milky Way.

Gamma-ray emissions are thought to be created by young stars, by dark matter annihilation or by millisecond pulsars. This violent gas removal means that the Sagittarius dwarf galaxy is no longer forming stars and lacks stellar nurseries, so its gamma-ray emissions can’t be the result of young stars.

Furthermore, the shape of the Fermi cocoon closely matches the observed distribution of visible stars, ruling out dark matter as a source of the emissions. (If dark matter were present, its gravity would affect the shape of the cocoon). Thus, the researchers concluded that the only possible sources of this powerful radiation were a hitherto unknown population of millisecond pulsars, which are rapidly rotating, ultradense stellar remnants that spin hundreds of times per second.

“We are satisfied there is only one…