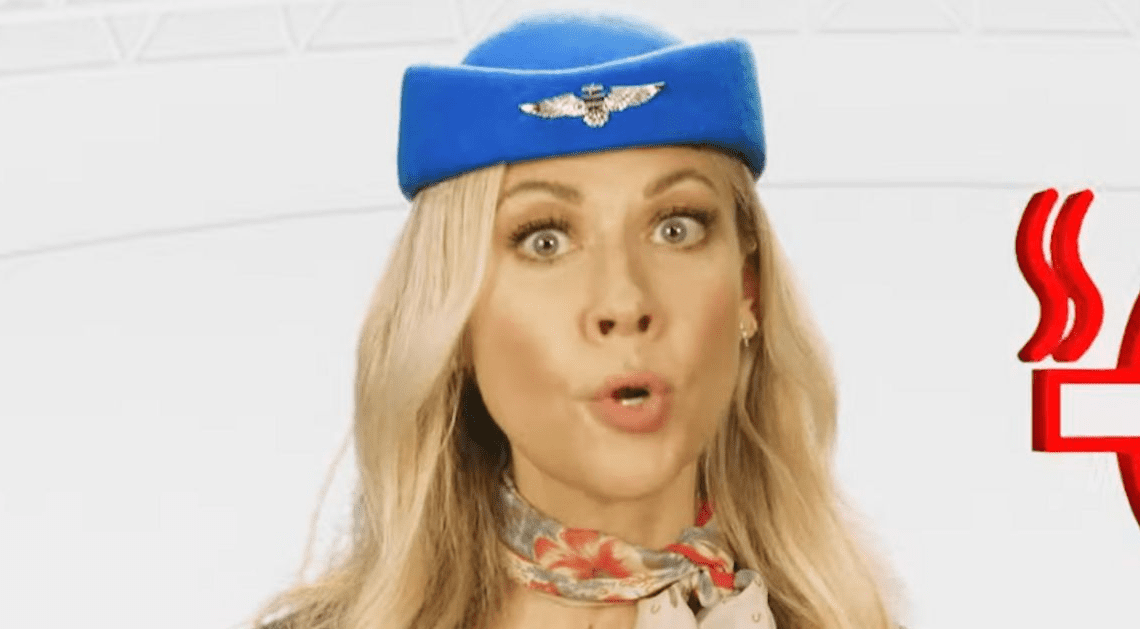 Desi Lydic of “The Daily Show” played a candid flight attendant on Thursday to mock a certain Republican leader who recently loaded migrants onto a plane and flew them to a Democratic state. (Watch the video below.)

She welcomed the passengers on behalf of Florida Gov. Ron DeSantis and Tucker Carlson’s producers at Fox News, telling flyers that the “cabin crew will be coming around to offer you jobs that don’t exist.”

The safety instructions got even more pointed.

“In case of an emergency, an oxygen mask will drop down in front of you,” Lydic announced. “If that happens, pretend you’re a Republican governor and help yourself before you help others.”

DeSantis, seen as a GOP hopeful for president, has been sued for using the migrants as a “political stunt” to troll border policy after he flew undocumented Venezuelan immigrants unannounced to Martha’s Vineyard last week. He has threatened more flights to come.