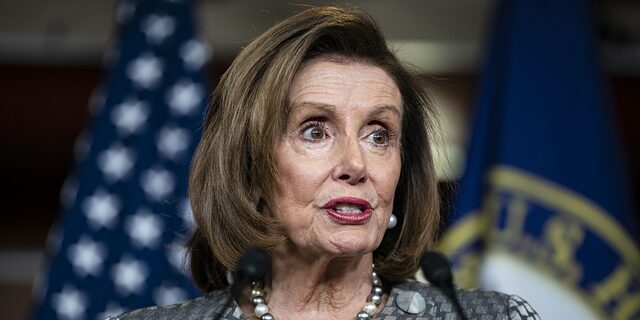 The Commitment to America, which House Republicans launched on Friday, outlines their plan to address issues like parental rights and the economy if they retake the House in November’s midterm elections.

Pelosi was quick to attack the Republican plan.

House Minority Leader Kevin McCarthy, R-Calif., pushed back on Pelosi’s attack on the package in an interview with Fox News Digital, saying their plan will “actually put America on a new course.”

“I think why she does that is she can’t run on the policies and the damage they’ve caused to America,” the GOP leader continued. “And they have no plan to fix it.”

House Minority Whip Steve Scalise told Fox News Digital that Pelosi “shows the country every day how out of touch she is with America.”