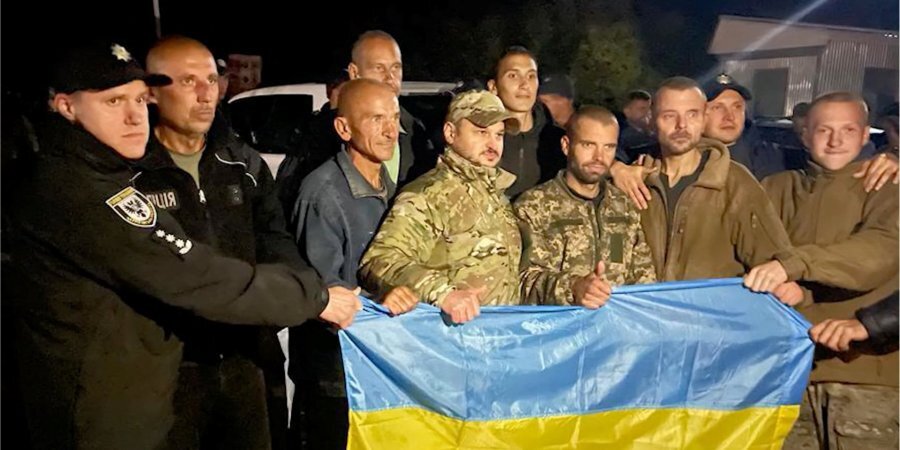 According to official Ukrainian data, 108 members of the Azov Regiment were freed in the  recent large-scale prisoner swap between Ukraine and Russia on Sept. 21.

According to Biletsky, there are many wounded among them.

The rest of the released fighters will need a lengthy rehabilitation process, but many are aiming to return to service, Biletsky revealed.

“The majority will immediately go to their relatives, to their parents, in order to mentally and physically rest before getting down to business again,” Biletsky said.

Biletsky also told Radio NV that he had the opportunity to talk on the phone with Prokopenko, Palamar, and “Apis”, who were taken to Turkey.

“It was the first 15 minutes when they got off the FSB plane, the flying prison. Chaotic conversation. I congratulated the guys, the guys talked about… let’s just say that all the guys are in an absolutely normal moral and psychological state, although they have been alone in solitary prison cells all this time. … Everyone expresses a desire to return to business, war and liberation of the country as soon as possible.”

Among those released, there are 8 wounded during the Russian false flag attack on the prisoner-of-war camp in the occupied town of Olenivka. At least 40 Ukrainian defenders were killed as a result of the attack — most were likely fighters who took part in the defense of Mariupol.