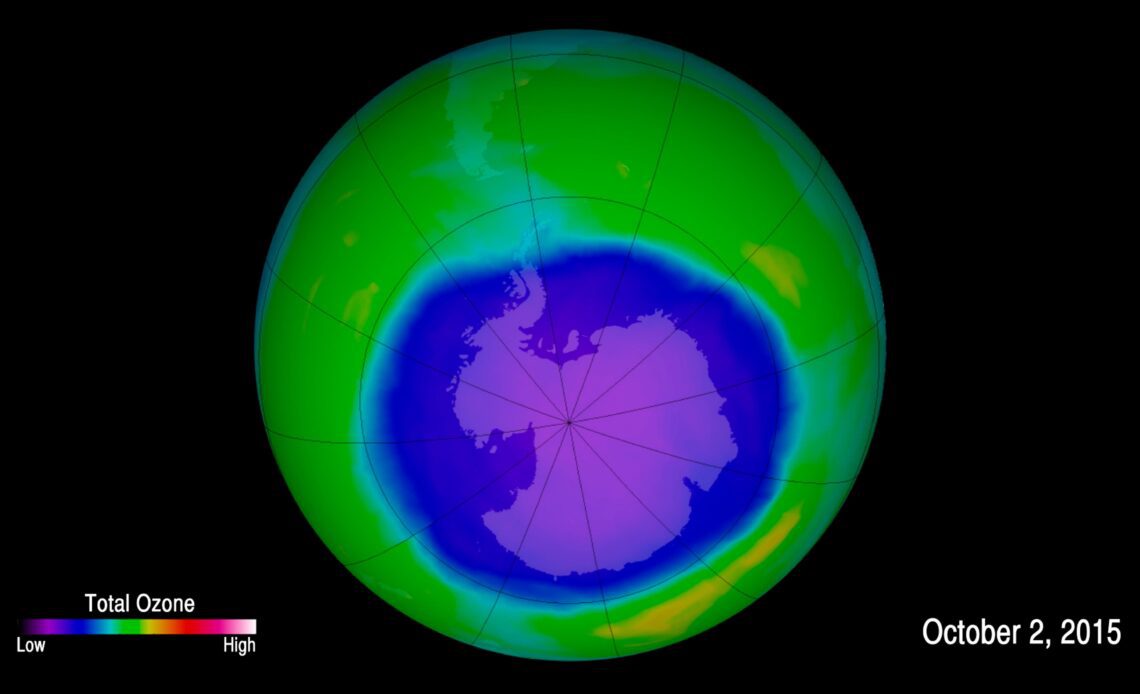 The Montreal Protocol didn’t just preserve the ozone layer, it helped save Earth from a climate change time bomb.

The landmark ozone treaty was agreed 35 years ago this month, at a time when both climate and ozone science was far less developed than it is today. Yet every nation signed on, accepting binding commitments to reduce the production, consumption and emissions of chemicals responsible for thinning the ozone layer that guards the planet from the sun’s most damaging radiation. The same set of chemicals happened also to be immensely powerful greenhouse gases, and cutting them bought the world valuable time to deal with the climate crisis.

“If we let the [chlorofluorocarbons (CFCs)] keep growing, we would have had the impacts of climate change that we’re feeling now … a decade ago,” said David Doniger, a lawyer with the Natural Resources Defense Council who has worked on the issue since the 1980s. “And things would be that much worse now.”

The protocol’s status as a climate treaty was enhanced by the 2016 Kigali Amendment—named for the Rwandan capital where the deal was drafted—which targeted a class of coolants that weren’t ozone-depleting but were climate-forcing. Scientists say the global hydrofluorocarbon (HFCs) phasedown, which the U.S. is now poised to join after a key Senate vote Wednesday, has the potential to avoid half a degree Celsius of warming by 2100.

Scientists, lawyers and others who have worked on the issue for decades say that long before international negotiators struck the deal on HFCs, the ozone treaty had prevented a particularly harmful set of climate superpollutants from being baked into the air conditioning and refrigerators that developing countries were at last acquiring.

David Fahey, director of NOAA’s Chemical Sciences Laboratory and co-chair of the Montreal Protocol’s scientific assessment panel, was among the scientists who in 1987 flew a NASA research aircraft into the ozone hole that had appeared over Antarctica. There were at the time several competing theories for why the hole was appearing, he said.

But the NASA journey, he said, “created a smoking gun plot, as we call it, that was really the pivotal evidence that chlorine was destroying ozone on the scale of what would cause the Antarctic ozone hole.”

“The same month we were in southern Chile flying into Antarctica, in Montreal the Montreal Protocol was being signed,” he said. “And it…