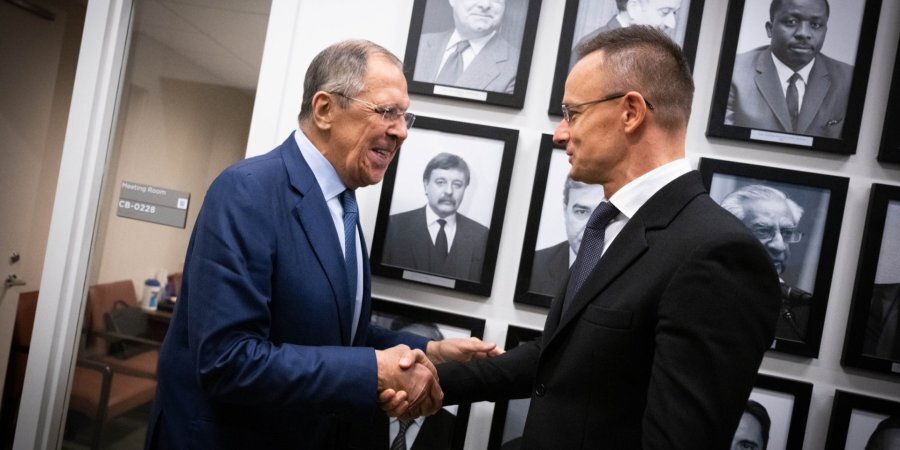 Hungarian Foreign Minister Peter Szijjarto met with his Russian
counterpart Sergey Lavrov in New York, as both are representing their countries
at the UN General Assembly, Szijjarto said in a Facebook post on Sept. 23.

In his post, Szijjarto wrote that “peace is the only way to solve rising inflation and soaring energy costs.”

According to Szijjarto, he was the only EU foreign minister who agreed to meet with Lavrov.

Lavrov was 90 minutes late to the discussion of the war in Ukraine at the UN Security Council, and left immediately after making his speech.

The Hungarian government has recently been censured by the European Union, as the country is no longer considered a democracy by the EU. Meanwhile, Hungarian President Viktor Orban has repeatedly pushed for EU concessions to Russia, and is believed to have close relations with the Russian dictator.