In Izium 436 bodies exhumed, many women and children 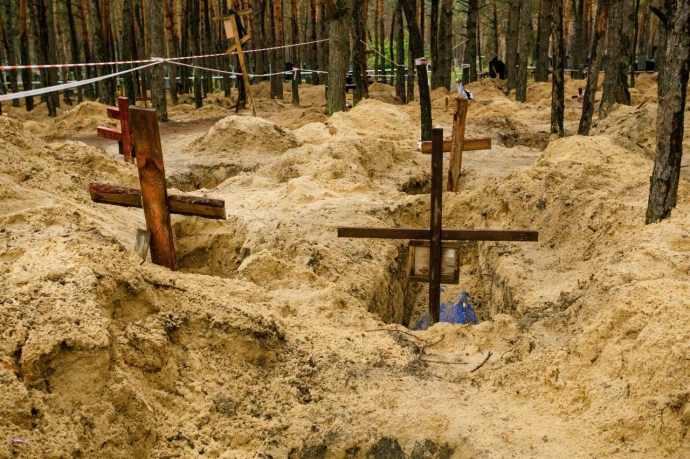 On 23 September, the exhumation of those murdered by the Russian occupiers from a mass burial was completed in the liberated city of Izium in Kharkiv Oblast; a total of 436 bodies, including children, were exhumed.

Quote from Syniehubov: “The exhumation of bodies from the mass burial in Izium is being completed today. A total of 436 bodies have been exhumed. Most of them have signs of violent death, and 30 have torture marks.

There are bodies with ropes around their necks, with bound hands, with broken limbs, and with gunshot wounds. Several men have amputated genitalia. All this is evidence of the terrible tortures that were conducted on the people of Izium by the Russian occupiers. Most of the bodies are civilians; 21 are military.”

Panteleiev said that at the time of his report, 427 bodies of the dead had been unearthed: 202 were women, 189 were men, and five were children.

He added that 11 bodies were so mutilated that police could not even determine their gender; however, forensic experts will handle this. 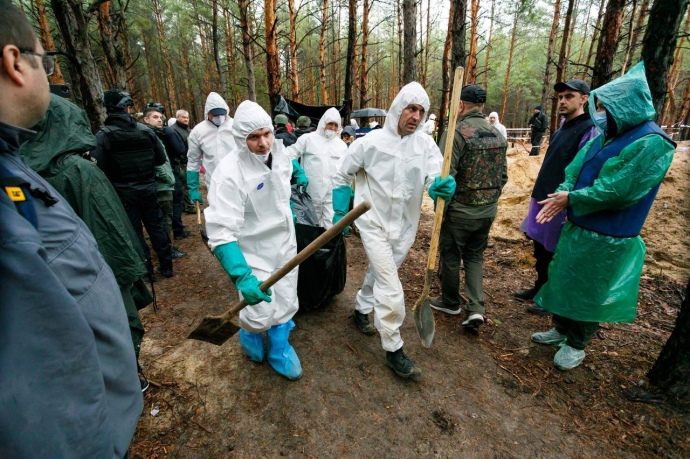 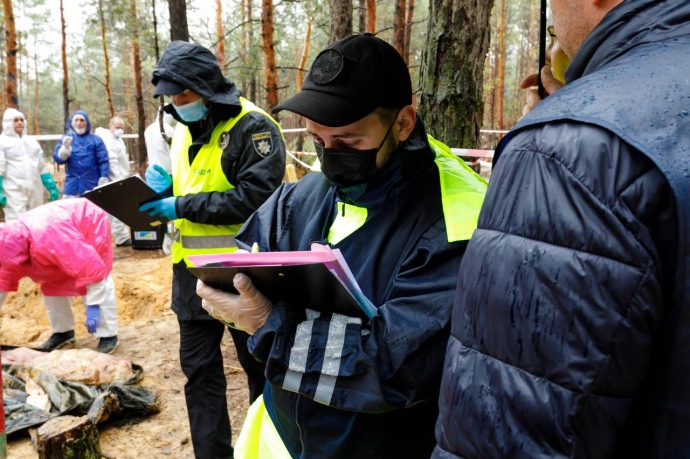 Also, the bodies of 21 Ukrainian servicemen were found in the mass grave in Izium. Most of them have signs of violent death.

According to Panteleiev, the exact cause of death of each citizen will be established as a result of additional expert research.

Synehubov said that the circumstances of each person’s death will also be clarified, so that “their relatives and friends will learn the truth, and the murderers will be punished.”

He added that, unfortunately, such a mass burial is not unique in Izium: at least three more such places have already been found in this area, and there are also burials in other liberated cities of Kharkiv Oblast.

According to Panteleiev, as of 23 September, the police found a total of over 460 bodies of dead Ukrainians in the liberated territory of the Kharkiv Oblast. So far, the identities of more than a third of them have been identified,  and work to identify the dead is ongoing.

He also added that over a thousand criminal investigations and examinations have already been scheduled, which…